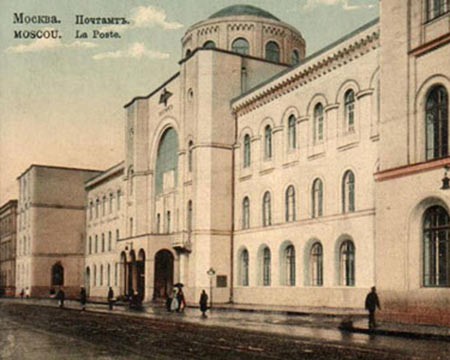 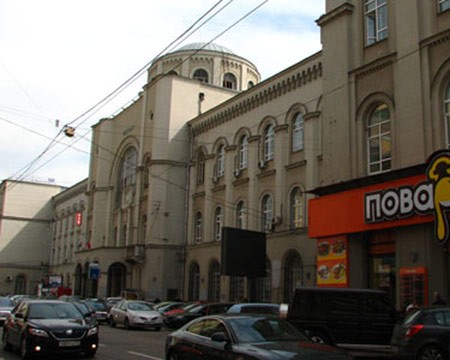 General Post offfice, Moscow, 2010
The elegant neo-classical building is the General Post office. It was built in 1912 by the architect Munts with the help of Vesnin brothers.

In the early 18th century duke Alexander Menshikov lived on the site of the present post office. Menshikov was  a  highly appreciated associate and friend of Tsar Peter the Great.  After the death of the tsar Menshikov was the de facto ruler of Russia for two years.

The first Post Office was in effect rebuilt from Menshikov’s Moscow Palace. After the time of glory and power he was overthrown by Moscow nobility and exiled. His property was transferred to the hands of Prince Kurakin and later sold out. In 1792 his house was reconstructed for the purposes of the post office.

The Post Office is now at the corner of this large building. Here one can find a wide choice of Russian and foreign stamps issued in different times.