Red Square now and before 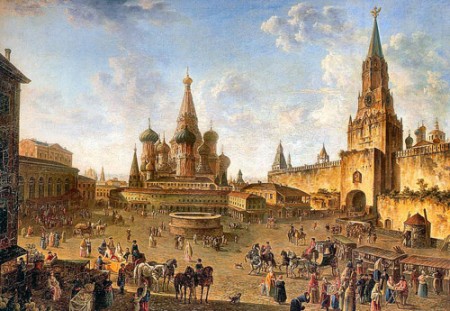 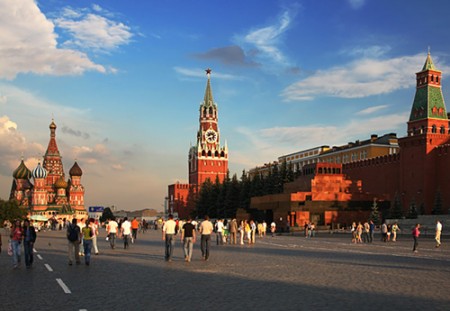 Red Square Moscow, 21st century
In the 18th century Red Square was a popular market. It attracted merchants from all corners of the world.
After the Revolution Red Square became the site of parades and demonstrations. All structures in the middle have been removed, shops closed. Lenin's mausoleum was built near the Kremlin wall. Red Square remains empty up to now, but usually it's very busy with the visitors of Moscow.
Red Square is a must to visit on your Moscow city break