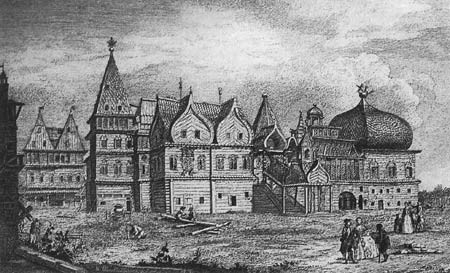 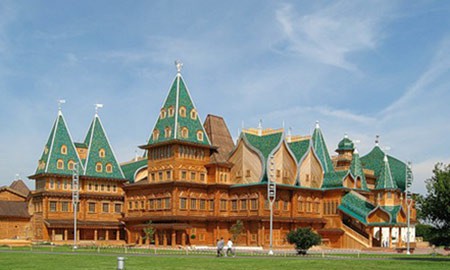 
Kolomenskoe village stood out among other estates of Russian rulers. It was a place of tsar's summer residence with a famous fairy-tale wooden palace of Alexey Mikhailovich, the second in the Romanov dynasty, father of Peter the Great. This huge complex was divided into male and female part, numbered up to 270 rooms lit with 3000 windows. It impressed with its beauty and dimensions most of the foreign guests and ambassadors coming for the tsar's reception.

One of such foreign visitors describe this eight wonder in the following terms: ' The palace is worth seeing, even though it is built of wood. Its decoration, which is astonishingly well-executed, is so remarkable and its profusion of gilding so brilliant that it appears to have emerged from a jewel-box.'

Eventually, a few years ago it was decided to reconstruct this unique palace to recreate the epoch of Alexey Mikhailovich, the middle of the 17th century. Nowadays, you can enjoy the interiors of the palace and recreate the life of 17th century rulers in your imagination . Include Kolomenskoe in one of your Moscow tours and take your time spending there with a Moscow tour guide.