House on the embankment 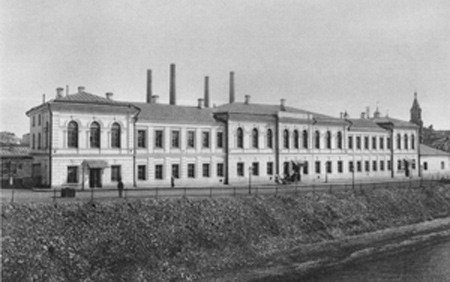 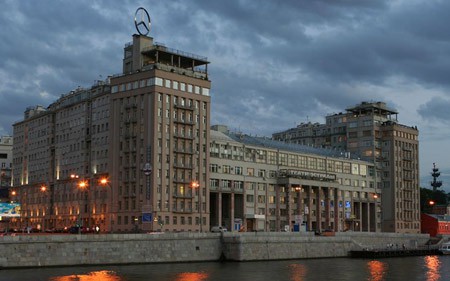 In 1918 the capital of the Soviet State was moved back to Moscow. As a result lots of government employees were moved to Moscow and settled in so-called houses of Soviets (hotels the National, the Metropol ). However, there was a lack of living space to provide all of them. It was decided to construct a huge building in the vicinity of the Kremlin to provide apartments to members of the Central Committee of the Communist Party. Later the house on the embankment completed in 1931 was populated by high-rank officers, writers, artists and old Bolsheviks. According to the original project the house had to be made of red bricks to match the Kremlin walls. However, due to scarcity of tangible assets it was faceted with gray concrete. 12-storey building with 505 apartments became the biggest house in Europe. All apartments had oak parquet, painting on the ceilings. There was a movie theater for 1500 spectators, a gym, a department store, a laundry, a bank, a post-and-telegraph office, a kindergarten. There were also a few cafeterias where residents might have their meal for free. One of the blocks was non-residential, it was used to wire tap other blocks. As a result many residents of this house were repressed.

The old photo shows the building  of Wine and Salt Court, an old distillery and excise warehouse which used to stand on on  Bersenevskaya embankment. It was called so since"bersen", an old Russian name for gooseberry, was growing here. This name was attached to this site and still preserved in the name of the embankment.

You will not miss this massive building during your Moscow tour.