The Grand Palace in Tsaritsino 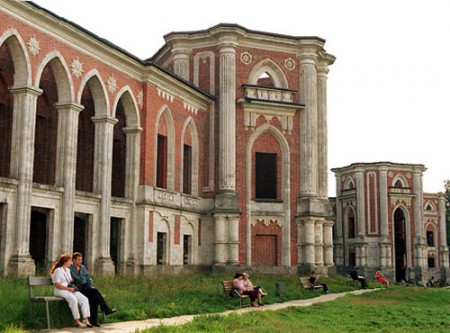 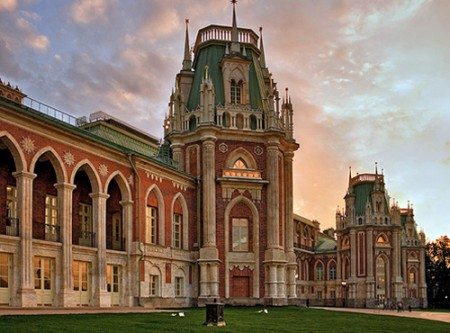 Tsaritsino, The Grand Palace, Moscow, 2008
The Grand Palace in Tsaritsino was built in the end of the 18th century.  It was designed by the gifted Russian architect Matvey Kazakov as a  summer residence of Catharine the Great.
Surprisingly this beautiful building was not finished in 200 years. Catharine in the beginning seemed very enthusiastic about then lost her interest completely. She died in 1796 when the palace ensemble was almost completed. Her son Paul, the new emperor of Russia visited Tsaritsino but he was not impressed. The palace soon turned into majestic ruins.
There might be some mystery hidden behind the story of Tsaritsino. We can only guess why Russian monarchs never wanted to live in the residence of such beauty.
People soon got used to Tsaritsino ruins. In the 20th century kids and amateur alpinist would come to climb the palace walls. The building without a roof looked sad and very romantic. Only in 2007 the complex was restored and the palace was finally finished. Today it accommodates the museum of history and art in Tsaritsino.
Some people still miss the old ruins. The new palace looks too new and fresh. But it feels that Tsaritsino today is full of life. After the reconstruction it turned into one of the most beautiful parks of Moscow. We recommend you to come here during your Moscow tours.