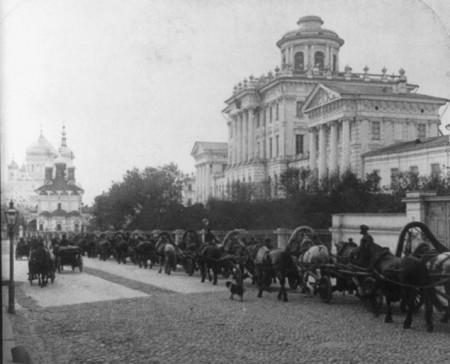 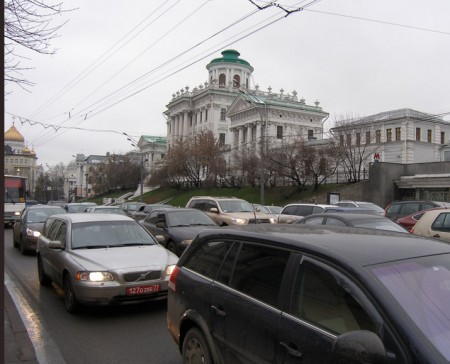 Pashkov house. Moscow traffic, 2009
The impressive white building was initially built for a wealthy Russian landowner Pashkov in the late 18th century. Later it was turned into a museum. It was called Rumantsev museum, famous for its collection of paintings, sculptures, books. The photo of the early 20th century shows Rumantsev museum, busy Moscow traffic in the very center of Moscow. On the left we see the church of St. Nickolas Strelecky and a bigger cathedral of Christ the Savior.
In the Soviet times both churches were demolished. The museum was closed and the building has been turned into a book depository. (Not far from here is the biggest library of Russia – Lenin's library). In 1995-2005 Christ the Savior cathedral was rebuilt. Now we can see its shining dome. A chapel was built on the site of St Nickolas church. Moscow traffic is always busy.