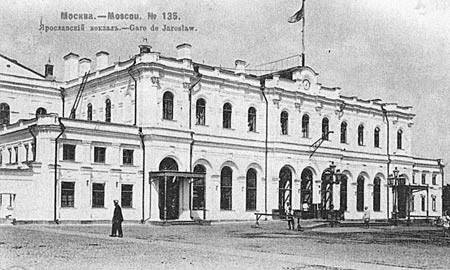 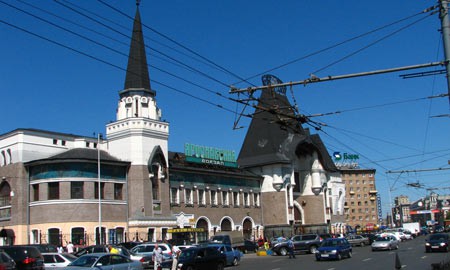 In old photo one can view the first building of Yaroslavsky train station constructed on this site in 1862. It was substituted with Shekhtel's building erected in Neorussian revival style in 1902-1904. The new train station was under the renovation a few times and underwent some changes. Though it managed to preserve main features of Russian architecture. It is a blend of fairy-tale and art-nouveau style.