Red Square today and before 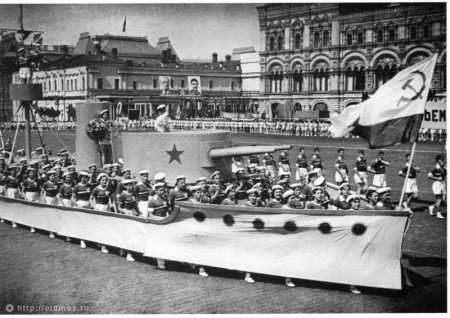 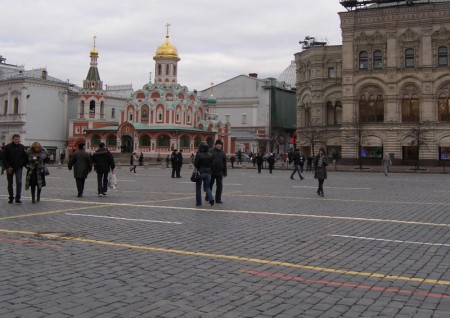 Red Square, Moscow, 2009
The first picture was taken in 1937-1939. We see Red Square of the Soviet times. At that time it was often the stage of enormous parades. In the picture people  are marching to demonstrate the sport and military power of the Soviet empire. To the right is the famous GUM. On the left is a two-storey house with Stalin's and Lenin's posters. It was a Soviet pavilion which appeared on the site of the former church. (Kazan cathedral was destroyed in 1936)

Today parades take place on Red Square only once a year when we celebrate the Victory Day.  There are no more sport festivals like it was in our totalitarian past. Kazan cathedral was restored in 1993. Now it stands on the traditional place on Red Square.