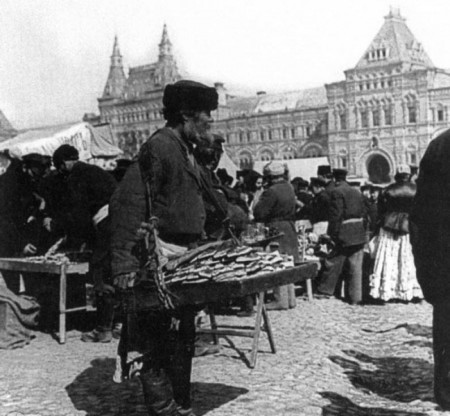 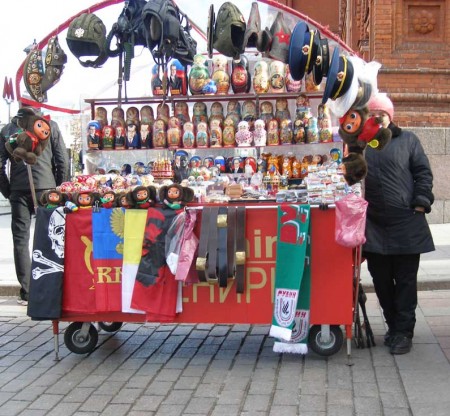 Gift market near Red Square, Moscow, 2009
Long time ago Red Square was called Veliky Torg (Great market) or simply Torg (Market) It was only in  1661 when it was given its contemporary  Krasnaya - "Red" name. The square attracted merchants from far-away countries and it was always a popular shopping destination for the locals. Even in the 19th century after the construction of GUM (a shop called Upper Trading Rows in the 19th century) Red Square was busy with bustle of street vendors.
Today it’s forbidden to sell anything on Red Square. The only memory of the market is the souvenir trade outside of the Resurrection Gates near Red Square. This area is busy with foreigners and Russian street vendors do their best to attract visitors  with colorful Russian dolls.