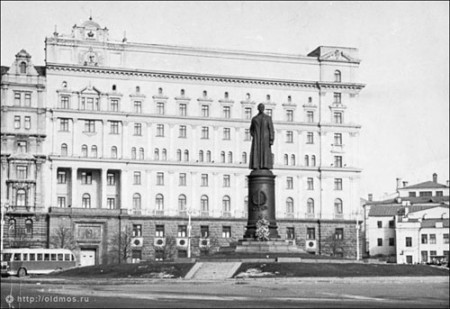 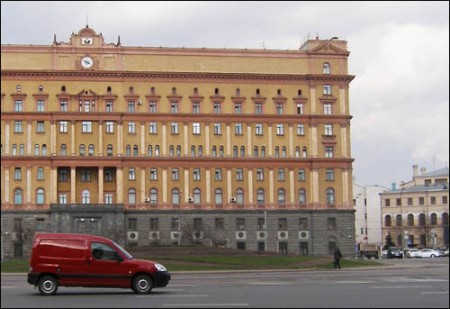 Lubanskaya squre, Moscow, 2010
The monument to Dzerzhinsky was put up in front of the KGB headquarters in 1958. For several decades “Iron Felix” (a popular name referring to his 15-ton monument) dominated Lubanka square.
Felix Dzerzhinsky was a Polish communist and revolutionary, he became famous as the founder of the Soviet Secret police. Dzerzhinsky died of a heart attack on July 20, 1926.
The night after the failed coup of 1991 the Muscovites cheered as the statue was toppled by a crane, symbolizing the end of the Soviet Power. The sculpture can be viewed today in the Muzeon park of Sculptures.
It’s interesting to visit the park of Sculptures and view the former idols of the Soviet regime. It’s not far from the center and you can easily include it in your Moscow city break itinerary.