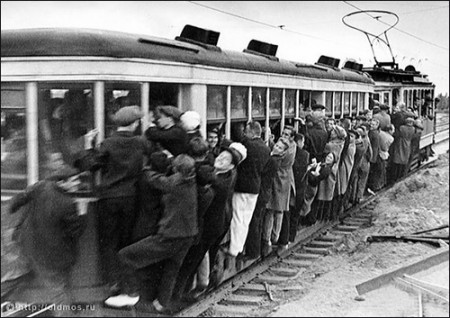 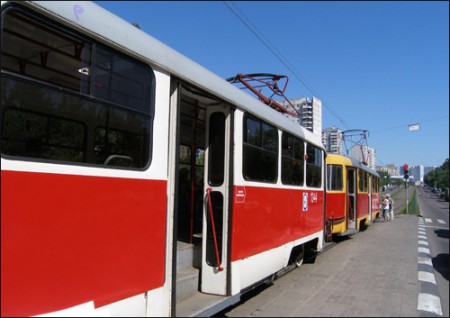 Moscow tram, Moscow, 2010
Tramways (streetcars) first appeared in Moscow in the early 20th century. By 1930s it had become the busiest public transport in the city.
Moscow population was rapidly increasing after the Revolution, in about 10 years it had grown from 1 million up to 4 million people.  No surprise the city suffered from terrible traffic jams. Trams arrived every 30 seconds, but it didn't help. To get into a tram one had to be physically fit and agile. The situation would improve only in 1935 when the first metro line was built.
Nowadays Moscow has an extensive tram system but it's not so busy. The most popular public transport is the metro. On a normal weekday it carries over 7 million passengers. Moscow Metro is the world's second most heavily used subway system after the Tokyo
Riding a tram is interesting experience; today it feels a bit nostalgic. We recommend you to take a scenic tram tour along Moscow boulevards with your Moscow tour guide.