The house of governor-general 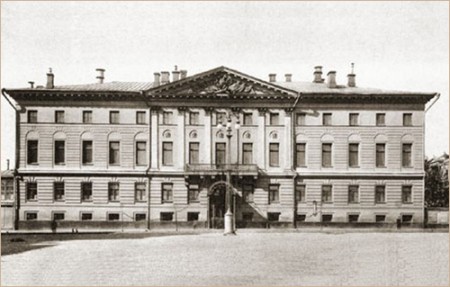 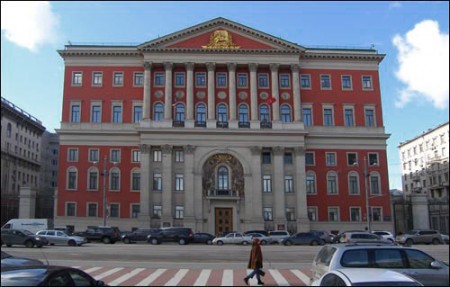 
Strolling along Tverskaya street you can not help but notice a red five-storey building with columns and a pediment. Nowadays it is the Mayor's office got after the collapse of the Soviet Union. The old picture shows how it looked like in the 19th century. It had 3 storeys and household premises. It was a residence of a governor-general, the head of Moscow. In 30s of the 20th century Tverskaya street was  widened  according to the general plan of reconstruction. This edifice happened to be under the threat of its extinction since it was right in the middle of a new street.Thus the decision was taken to move it 13 meters backwards to preserve. It was executed. Later on 3 more storeys were  built over and it was painted dark red thus getting the present view.

Once having a tour with your Moscow guide, learn a mysterious story of this house.