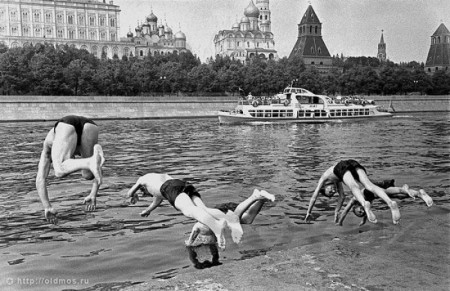 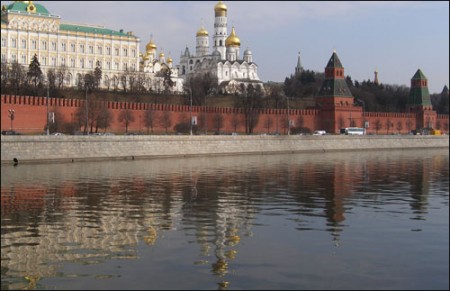 The Sofia Embankment, Moscow, 2010
Walking along the Sofia Embankment one can enjoy a wonderful view of the Kremlin. This is a very old part of Moscow, known since the 15th century. In old times noble people never settled here, each spring the river burst its banks and the area was flooded. Only in more recent times in the 18th-19th centuries some of the nice mansions started to appear close to the water.
The picture taken in 1957 looks very nostalgic. Some of the older Muscovites remember the time when they could sunbathe overlooking the Kremlin or swim in the water without thinking of the ecology. But time has changed.  Today the only beaches you can find in Moscow are far from the downtown, in the North-West, were the River enters the city.
The embankment across the Kremlin is not good for swimming, but it’s ideal for taking great pictures of Moscow!. Grab your camera and come here with your Moscow tour guide.