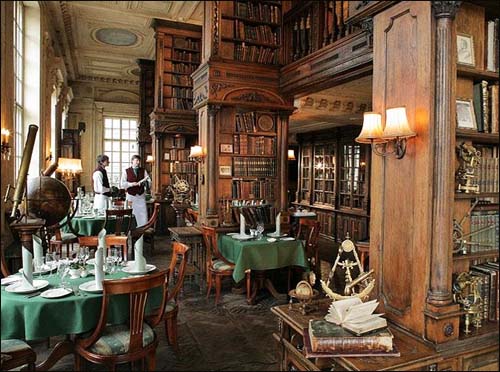 restaurant Pushkin, Library hall
This luxurious restaurant is an ideal place to try excellent Russian food. The café Pushkin is housed in an old mansion and its interior revives the atmosphere of the 19th century.
Address: Tverskoy blv. 26a, Metro: Pushkinskaya, Tverskaya, Chechovskaya
Phone: +7 (495) 739 00 33 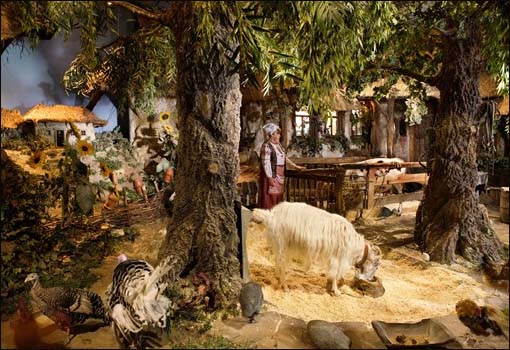 Shinok restaurant
Restaurant is designed as a Ukrainian peasant house. In the centre of the restaurant there is a small yard with live domestic poultry and cattle: hens, a sheep, a small rabbit. The restaurant offers the best Ukranian food in Moscow: borsch, Vareniki with cherries, and buckwheat porridge, veal brains, raspberry mousse.
Address: 1905 Goda str. 2a, metro: Ulitsa 1905 goda
Phone:+7  (495) 651 81 01 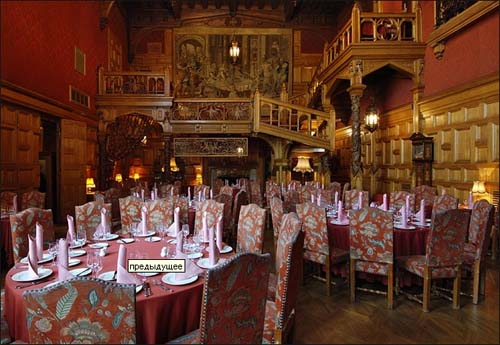 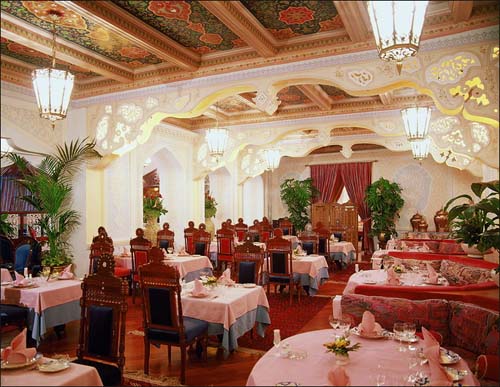 Uzbekistan restaurant
Luxurious interiors of the restaurant remind of an Oriental palace. The menu includes traditional dishes of Uzbek cuisine. The lagman, pilaf and manty are especially recommended. Delicious desserts, such as fruits, jams and sweets are prepared in the restaurant's confectionary.
Address: Niglinnaya St., 29/14, Metro: Teatralnaya, Kuznetsky Most, Tsvetnoy Boulevard
Phone: +7 (495) 623 05 85 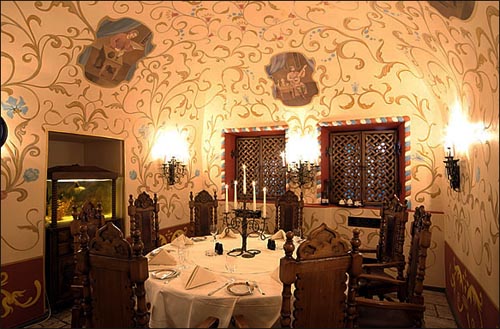 Godunov restaurant
It is located in the center of Moscow in the building which was part of Zakonospassky Monastery built in 1600 during the rule of Boris Godunov. It offers homemade traditional Russian cuisine, liqueurs and honey drink. Vegetarian menu is available. Gypsy show, instrumental music or folk show daily.
Address:Metro Teatralnaya/Ploschad revolyutsii,5 Teatralnaya Pl., arch of the Kitay-Gorod Wall
Phone: +7 (495) 698 44 90
Top Moscow and Russia tours