The former summer residence of the Russian tsars is one of the most evocative sites in Moscow. If you're tired of busy Moscow city life you don't need to go far. Come to Kolomenskoye (15 minutes by metro from the center) and enjoy the peaceful beauty of its gardens, a majestic view of the steep banks of the Moscow River, and a unique collection of old Russian architecture. 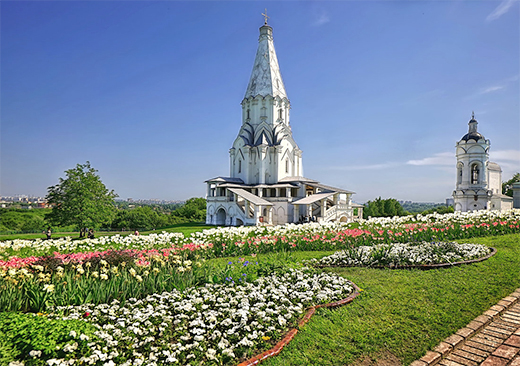 Kolomenskoye is an ancient place. People lived here in the Stone Age and there are archaeological discoveries dating back to between five and three-thousand years B.C.

The village of Kolomenskoye was founded in the 13th century by refugees from Kolomna, a town destroyed by Mongols. In the 15th-17th centuries, the village became first a Grand Prince's and then the Tsar's estate. During the reign of Tsar Mikhail Romanov, Kolomenskoye became the favorite summer residence of the Tsar's family. Later Tsar Alexey Mikhailovich turned the Tsar's Courtyard in Kolomenskoye into an original "Kremlin outside Moscow".

Many old churches are scattered around Kolomenskoye. The most amazing is the Church of the Ascension (also a UNESCO World Heritage Site). It was built in 1529-1532 by the order of Tsar Vasily III to commemorate the birth of his son, Ivan the Terrible. It's probably one of the most beautiful churches in the whole of Moscow. The French composer Hector Berlioz wrote about it: "Here before my gaze stood the beauty of perfection and I gasped in awe. Here in the mysterious silence, amid the harmonious beauty of the finished form, I beheld the architecture of a new kind. I beheld man soaring on high. And I stood amazed." 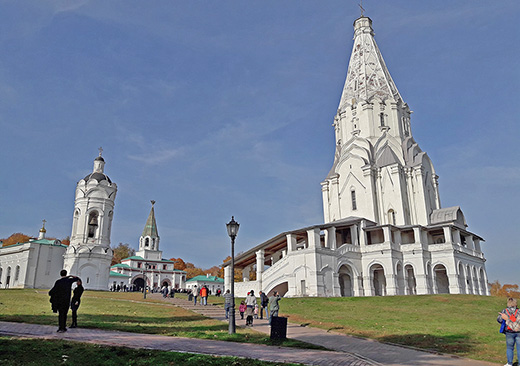 The Church of the Ascension

Kolomenskoe village stood out among other estates of Russian rulers. It was a place of tsar's summer residence with a famous fairy-tale wooden palace of Alexey Mikhailovich, father of Peter the Great. This vast complex was divided into a male and a female part, numbered up to 270 rooms lit with 3000 windows. It looked so impressive that foreign guests nicknamed it the eighth wonder of the world.  "The palace is worth seeing, even though it is built of wood. Its decoration, which is astonishingly well-executed, is so remarkable and its profusion of gilding so brilliant that it appears to have emerged from a jewel-box,"  described one of the foreign visitors. 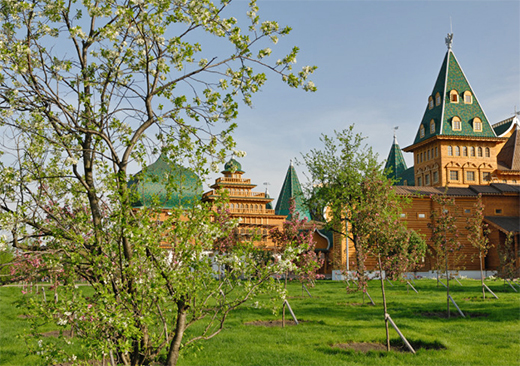 Kolomenskoye wooden palace of Alexey Mikhailovich
The palace did not survive to our days but a very interesting replica was built recently. The museum recreates the palace as it looked in the 17th century. Here you can discover fabulous interiors as well as visit some private royal rooms such as a bedroom or bathhouse.

While you’re in Kolomenskoye don't miss the House of Peter I. Peter the Great didn’t need luxury and his cottage looks surprisingly modest. Quite different is the palace of his father.
It is the only Moscow memorial museum devoted to the famous Russian Tsar. It was built for Peter the Great in 1702 in the north of Russia when the Tsar spent several months there, controlling the construction of the Novodvinskaya fortress. 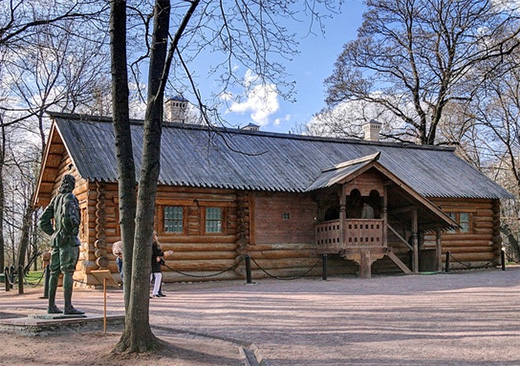 Peter the Great's cottage in Kolomenskoye


Kolomenskoye is picturesque all year round. If you want to learn more about the history of Moscow, come here with your Moscow tour guide.

The nearest metro stations are Kolomenskoye and Kashirskaya. It takes about 10 min to reach the entrance. The park is very vast, it'll take you over 2 km to walk across.

In the summer time, the park is open daily from 7 am to midnight. From the 1st of October to the 30th of March the park is open from 8 am to 9 pm. However, keep in mind that Kolomenskoye is famous for its museums. The museums are open 10.00 – 18.00 on Tuesday-Friday and Sunday, Saturday – 11.00 – 19.00, closed on Mondays. You may find more information on the museum's official website .

The tour of the Kolomenskoye estate usually lasts around 2 hours. We included it in our classic Moscow in four or five-day tour. We'll be also happy to include this beautiful estate in other Moscow tours as Kolomenskoye is truly one of the most evocative sights in Moscow. 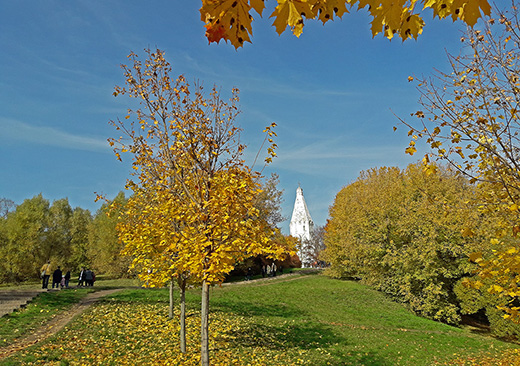