Moscow buses and trams run in various parts of Moscow. The services are quite frequent but less convenient compared to the metro.  If you come to Moscow for the first time, we'd recommend you to rely mostly on the Moscow metro or a taxi. 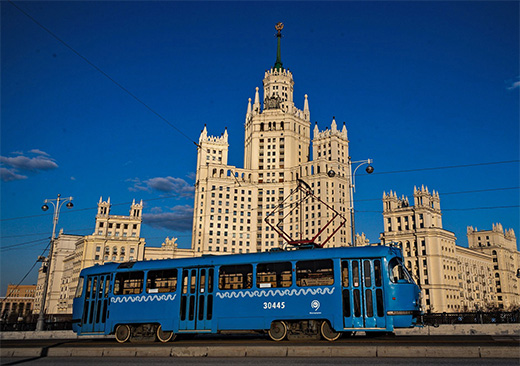 tram in Moscow
Do you often hop on a tram these days? Following one of the atmospheric tram routes, you might get the feeling of childhood nostalgia. Willing to try? Why not include a tram ride in one of your Moscow tours?


How to pay for the public transport in Moscow

The most common way to pay is the Troika card. The card costs 50 rubs. You can get it at the Moscow metro ticket offices. You may use this card to pay for the metro and all public transport types in the city. It is very convenient to use a "Wallet ticket." Top up the balance before your trip. Each time your travel, the cost of your tickets is deducted from your total balance. The cost of a single ride is subject to change; in 2021, it was 35 rub. 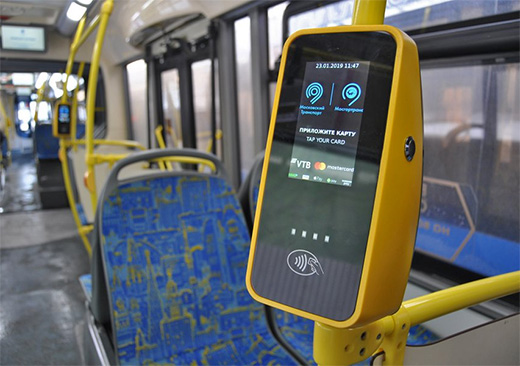 ticket validator in public transport
You may also use your contactless bank cards and smartphones with Apple Pay, Android Pay, and Samsung Pay functions. The new validators installed in buses, trams, and other public transport means accept payments with contactless bank cards and smartphones. The fare is similar to the Troika card; thus, in 2021, it is 46 rubles per ride. Suppose you meet a ticket inspector; you need to attach your contactless bank card or a smartphone to the inspectors' device. It does not interact with personal data – they will only see the payment of the fare.
You can also get a single ticket from a driver when you enter a bus or a tram. Drivers sell only single tickets; the cost is slightly higher.

How to use Moscow buses and trams

What are the most scenic routes of Moscow buses and trams?


Tram 39
This tram runs from the Chistye Prudy metro station to the Universitet metro station.
One of the most exciting and atmospheric tram routes in Moscow takes you through the city center's most picturesque places.
Your route will follow through peaceful Moscow boulevards across the river to Sparrow Hills. On your way, you'll see elegant mansions and estates, ancient Danilov and Donskoi monasteries, imposing Stalin's architecture, and the stunning building of Moscow State University.
The best time to experience the ride is on weekends from 11-00 to 16-00 when the trams are half empty. The trams run every 10-12 minutes.
Travel time: 70 minutes 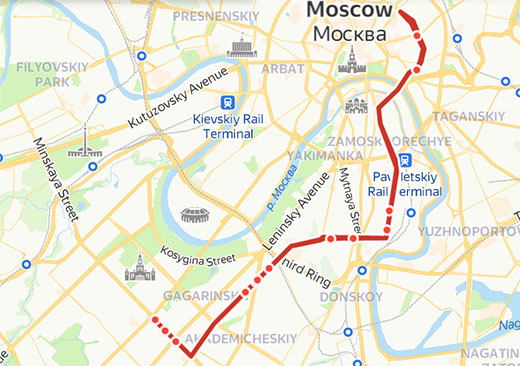 tram 39 route
Tram A
This tram runs from the Chistye Prudy metro station to Novokonnaya Square.
The city's oldest tram line is over 110 years. In the past, the route followed the Boulevard Ring, which was called Ring A. Even though the route has changed, people still call it gently 'Annushka.' They say that this tram was described in Bulgakov's Master and Margarita novel. On your way, you'll see Moscow boulevards as well as the Paveletsky train station,  Novospassky monastery, and Pokrovvsy monastery.
Also, one of the trains has the only restaurant tram in Moscow. It runs around Chistoprudny boulevard, and you can notice it near Chistye Prudy metro station. 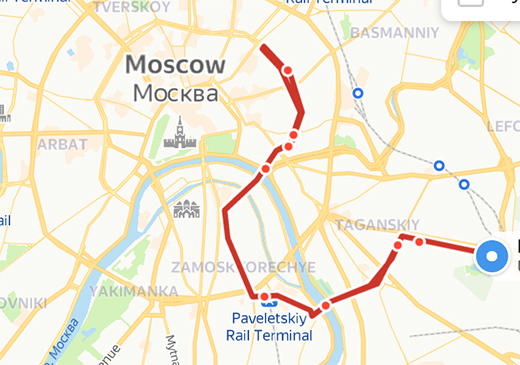 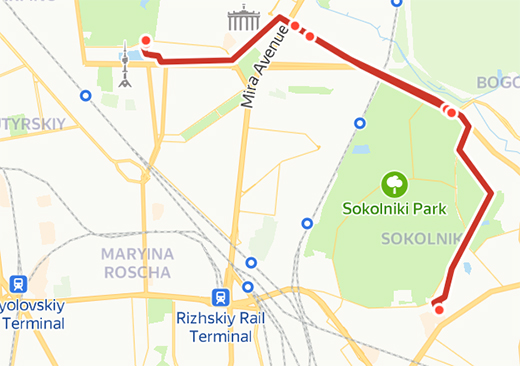 Bus B
The bus goes along the Moscow Garden Ring.
Traveling along the Garden Ring from Paveletsky railway station to Smolenskaya metro station, you will see the futuristic building of the House of Music, Taganskaya Square, Old and New Arbat, Gorky Park. It is one of the oldest Moscow bus routes. Muscovites call it gently 'bukashka' which means the "beetle."
Travel time: 65 minutes 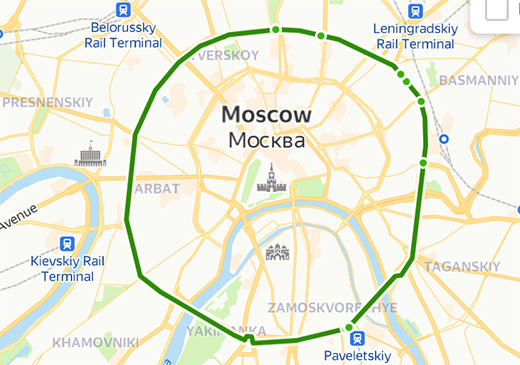 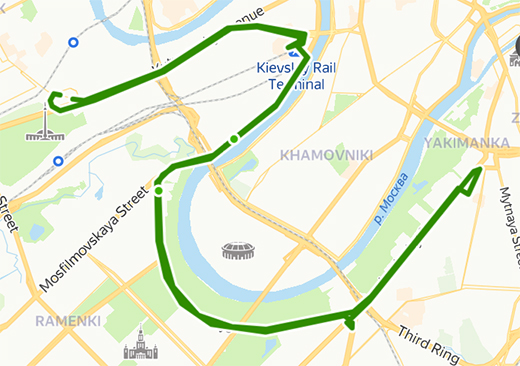