Museum of Contemporary History of Russia 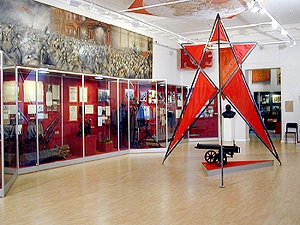 A visit to the Museum of Contemporary History of Russia (formerly known as the Museum of Revolution) is a must when touring Moscow.  Located on Tverskaya Street, right in the center of Moscow, this imposing red building has a history worth knowing. Originally a mansion for an aristocratic family, it was rented to the English club in the 19th century, a club which noble men of Moscow sought to become a member. And then, ironically, this building - with all its aristocratic associations - became the Museum of Revolution. However, when the Soviet Union broke up in 1991, the museum was renamed to reflect the shift.

Nowadays, the museum looks at Russian history over a period of 150 years, starting from 1860s to the present day. Exhibits illustrate some dramatic times in Russian and Soviet History, beginning with the transformations of the late 19th century, from the first Russian revolution in 1905 to the October Revolutions of 1917 and the Civil War. The exposition covers the periods from WWI to WWII, from the Great Purges of the 20th century to the death of Stalin, from Khruschev's Thaw to "developed Socialism" and stagnation, from Perestroika to the introduction of the market economy and more recently, Putin's times. 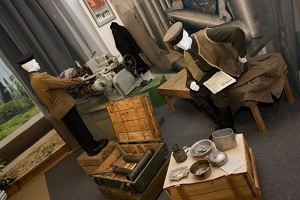 Laid out chronologically, the collection includes fascinating items such as home-made grenades, a Maxim gun on a converted carriage, some banners from Revolution times (with spelling mistakes), and even Nikita Khrushchev's hat and camera from his 1959 trip to the United States. A truly amazing collection of so-called ‘porcelain propaganda’ and numerous gifts to Josef Stalin are also put on display.

This museum helps you to find answers to your questions about the recent history of Russia as well as giving a broader picture of the "Age of Extremes".

You might include this museum in the Soviet Moscow tour and visit it with your Moscow tour guide.
Top Moscow and Russia tours