This park is famous as a graveyard of Soviet-era statues. It also contains some modern sculptures. 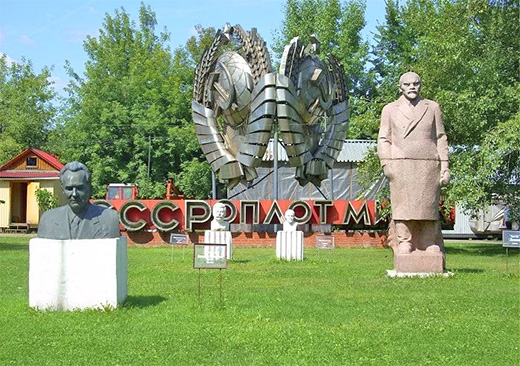 When the Soviet Union collapsed in 1991, several statues were damaged in the ensuing chaos, including a giant statue of Felix Dzerzhinsky that was toppled over. It was felt that Moscow had too many Soviet monuments, and the people no longer wanted them. The Russian government decided to relocate the statue of Dzerzhinsky, many of the statues devoted to Lenin and Stalin, as well as several other controversial artworks to a small park behind the Central House of Artists. These sculptures - many created by world-famous artists - lay in disrepair for years. This graveyard of monuments was an impressive symbol of the ruined Empire. 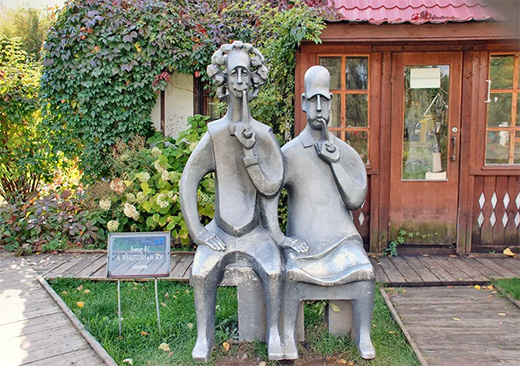 Muzeon Sculpture park, the monument of Albert Einstein and Niels Bohr
Today the park is a nice open-air museum of these Soviet and modern sculptures. The Muzeon's collection has grown to include 600 statues of varying themes and styles. It's also a beautiful landscape garden; a great place to spend a sunny day.

It's possible to visit Muzeon during a city tour with your Moscow tour guide.

Today the MUSEON Art Park is not only a place to store historical artifacts but also an unusual exhibition space to watch rare films, theater productions, and original music festivals. The nearest metro station is Oktabrskaya, you'll need about 10 min to walk to the park.

The park is located right next to the building of the New Tretyakov Gallery. If you are into contemporary art we'd recommend you to visit them both. In addition, you may have a pleasant walk along the Moscow river and spend a few hours exploring Gorky Park.

The area is a great place to explore on a bike. The sculpture park is one of the highlights of our Moscow bike tour. We'll be also happy to include the visit to the park in any of your Moscow tours. 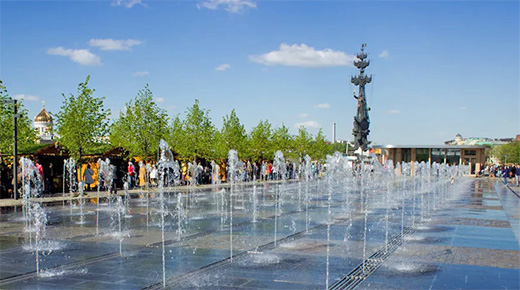