Boyars Romanovs Chambers museum is devoted to the boyars’ lifestyle of the 16th-17th centuries, which is also the époque of Ivan the Terrible and the first tsar of the Romanov. Moving from one room into another one you are making a historical journey learning about the everyday life of people in the past. 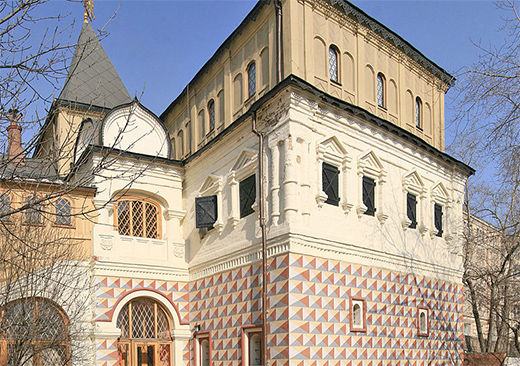 In the middle of the 16th century, famous boyar Nikita Romanovich Zakharjin-Juriev received a luxurious dowry on the occasion of his marriage: an estate not far from the Kremlin. At that time, Nikita Romanovich could hardly imagine that his patronymic would soon become the name of a new royal dynasty and that his grandson, Mikhail Romanov, would become a ‘tsar of all Russians’.The first tsar of the Romanov dynasty Mikhail was believed to be born in this house in 1596. 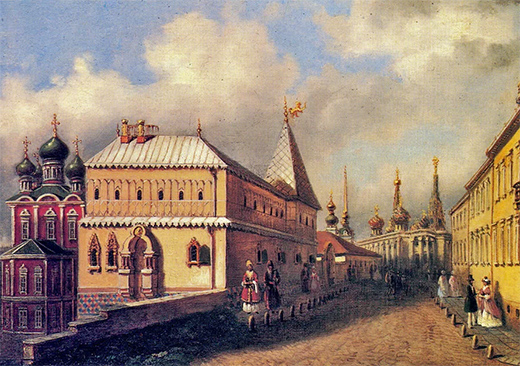 19th century. The house of Romanov boyars
During its long history, the function and decoration of the estate have changed several times. But in the middle of the 19th century, Emperor Alexander ordered the restoration of the original decoration of the chambers in order to open one of the first museums in Moscow: ‘The House of the Boyars Romanov’.

The interior of the palace

This house is often referred to as the Palace of the Romanov boyars, but do not expect to see something palatial in the modern sense of the word. Small rooms, narrow passageways, and steep staircases create an atmosphere of medieval Russia. 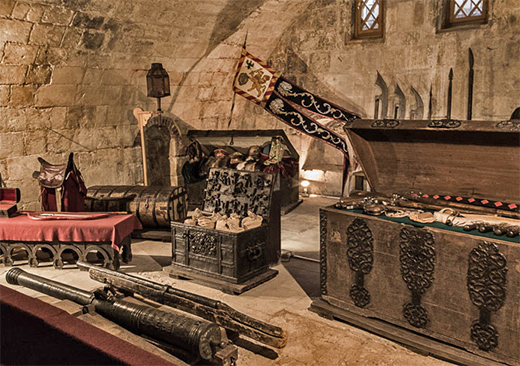 Chambers of Romanov boyars. The sellar
Life was completely different then. The house was divided into women’s and men’s sections. Women-led a secluded life, forbidden to appear outside alone or to dine with the guests. Their typical occupation was needlework and embroidery. Boys were brought up under their mother's guidance until the age of six. At that age, the boys were separated to receive an education under the supervision of the under-tutors. Men were occupied with business-like matters. 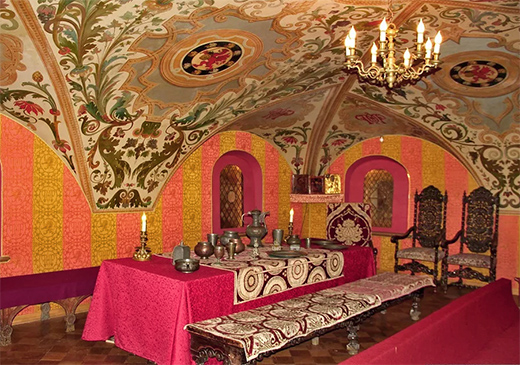 Chambers of Romanov boyars.The dining room
The house has three floors, and the halls of the chambers within are decorated with a typical interior of the boyar house of the 17th century. All rooms feature authentic household goods: wooden chairs, benches, trunks, and silverware. Moving from one room into another one you are making a historical journey being either a guest or a friend of this boyar house. 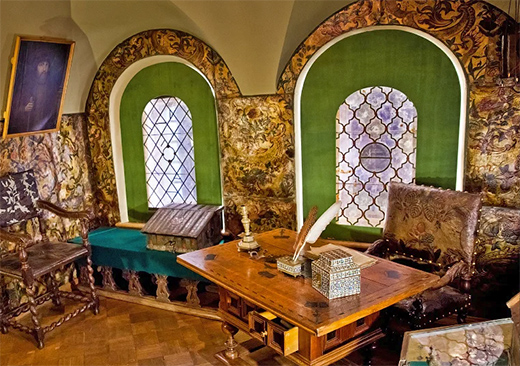 Chambers of Romanov boyars. The study

The museum is located very close to Red Square next to Zaradje park. The museum address is Varvarka 10.

In summer the museum is open every day, but from the 1st of September to the end of February the museum is closed on Tuesday. You may check the working hours info on the museum official website https://en.shm.ru/museum/pbr/.

The tour of the museum usually lasts about 1 – 1,5 hours. We highly recommend it to families with kids and also to everyone who wants to know more about the everyday life of people of the past. The tour can be easily included in any of your Moscow tours as it’s only 5 min walk from Red Square.