The Central Museum of the Great Patriotic War of 1941-1945 was opened on May 9 1995 to celebrate the 50th anniversary of the victory. It is the largest museum of military history in the Russian Federation. The museum is the centerpiece of Victory park memorial complex, comprising numerous military open-air exhibitions, monuments, and three memorial temples. 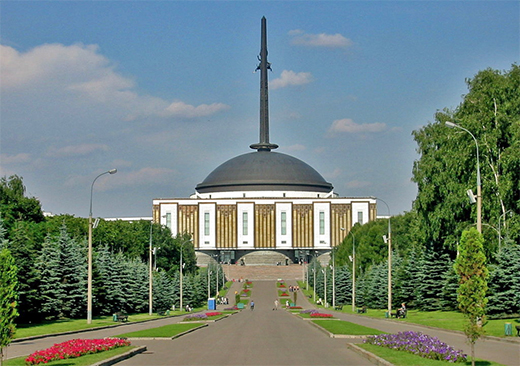 The Central Museum of the Great Patriotic War

The Second World War (which is known as the Great Patriotic War in Russia) was the bloodiest war Russia has ever suffered. More than 27 million people perished; there's hardly a family who did not lose a friend or a relative in the War. The Museum contains memory books with the names of all Russians who, with great courage, devoted themselves to defending their motherland. Today a new computer search system helps visitors to find information on the soldiers more easily. 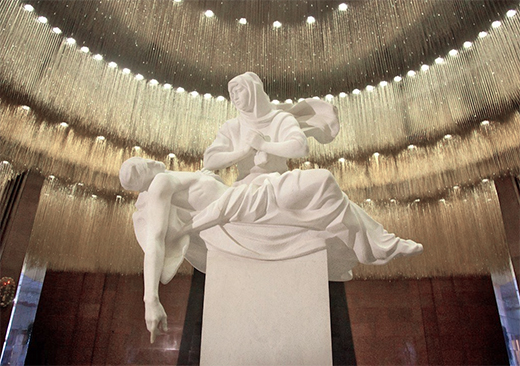 The hall of Remembrance and Sorrow

The Hall of Glory 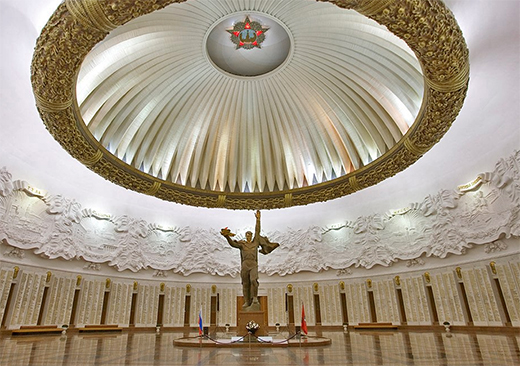 The Hall of Glory

The story of the war

In the Hall of Memory, there are six dioramas depicting the biggest battles fought during the war: "The Counteroffensive of the Soviet Troops Near Moscow in December 1941"; "The Joining of Fronts, Stalingrad"; "The Siege of Leningrad"; "The Battle of Kursk Bulge"; "The Crossing of the Dnieper, 1943"; and "The Storming of Berlin".

The seige of Leningrad. Diorama
A new large-scale exposition entitled “The Feat of the People” was opened in the museum on the occasion of the 75th anniversary of the Great Victory. Located on an area of 3 thousand square meters, it shows how a warring country lived outside the front, covers such little-known sides of the war as the evacuation of industry and people, resistance and partisan movement, great contribution of Russian figures of science and culture. The installation uses modern technology and allows you to interact with screens and watch video footage. 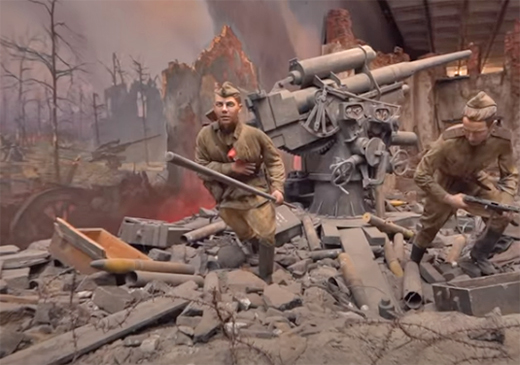 The Feat of the People installation
The museum also has a historic and military display named "The Path to Victory". It shows the history of the war from the Nazi invasion of the USSR in 1941 to the end of the war, and victory, in 1945.

If you're interested in the history of World War Two in the Eastern Front you should include the Great Patriotic War Museum in your itinerary. You can visit it on your own while walking around Victory Park, or include it in your Moscow tours.

The museum collection is huge. In addition to the museum itself, you might have a walk around Victory park to see its fountains and impressive monuments, Victory obelisk, military hardware Open-air displays. In addition in the park, you can find the Holocaust Memorial Synagogue, the Church of St. George, and the Moscow Memorial Mosque.

The nearest metro station is Victory Park, but please be aware that it might take you around 20 min to walk. We’ll be happy to include the visit to the museum on your Moscow driving tour.