Crimea through the Ages tour (3 days)


Discover the cultural diversity of Crimea and admire its natural wonders. 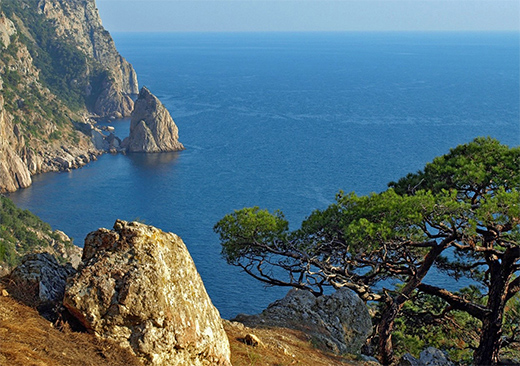 The tour highlights include: 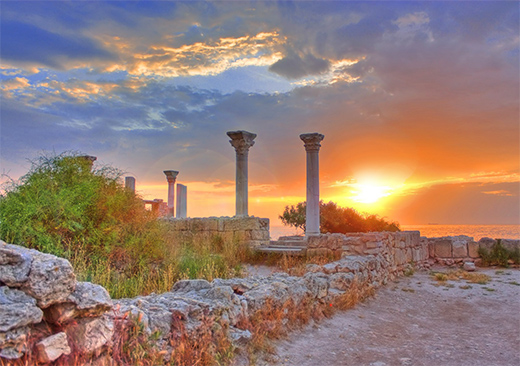 
Why is Crimea such a fantastic place? Because there is absolutely everything here and everyone can find something interesting! If you love nature, seascapes, and mountains, here you will enjoy it in all its diversity. But if you take a few steps away from beach life, you will plunge into the world of historical and cultural masterpieces. 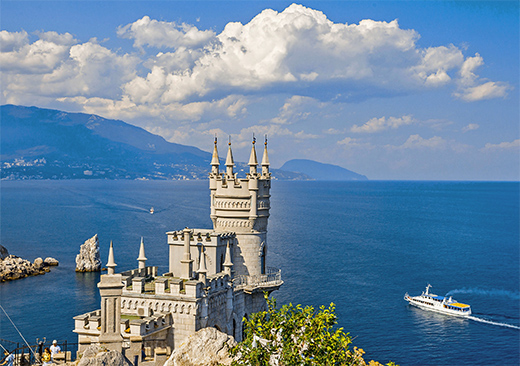 
Visit some of the famous palaces of Crimea to see with our own eyes the beauty embodied in stone. 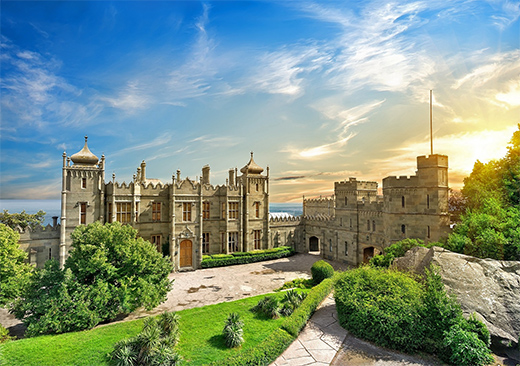 You will see the Vorontsov Palace and its ancient park situated at the foot of Ai-Petri Mountain. You'll explore one of the oldest and largest palaces in Crimea, admire its luxurious halls, and walk through its picturesque park offers exceptional views of the sea and the mountains. In 1945 Winston Churchill and some British delegation members were given temporary residence within the Vorontsov Palace. According to Churchill, 'The setting of our abode was impressive ... Behind the villa, half Gothic and half Moorish in style, rose the mountains, covered in snow, culminating in the highest peak in the Crimea'.

During the tour, we will stop taking photos of the Swallow's Nest Castle built on the very brink of the cliff next to the sea. 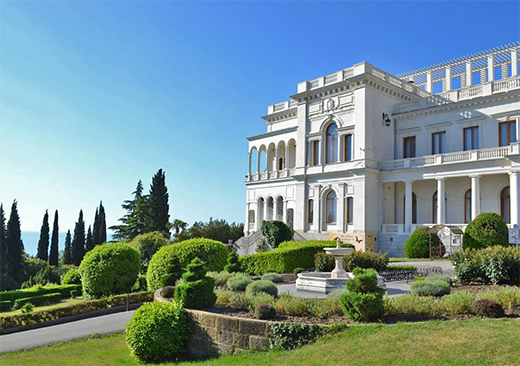 After lunch at one of the local restaurants, we will visit Livadia Palace, known worldwide for the Yalta Conference held in February 1945 by heads of three delegations. It also shows the summer residence of the last Russian tsar Nicholas II.


This day we'll explore Sevastopol, where each epoch has left a lot of reminders. During this tour, we will explore the city's main sights, visit the ancient Greek city of Chersonesos, and learn about the military history of Sevastopol, visiting Crimean War and WWII sites. 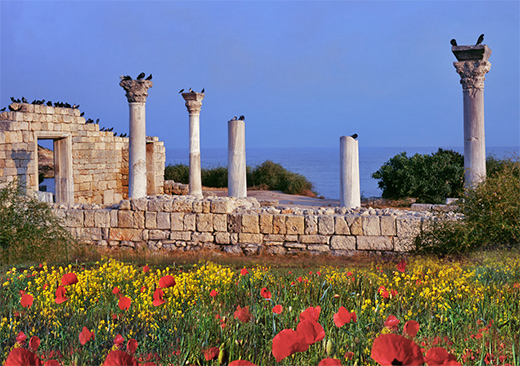 The history of the city goes back to the 6th century BC. We'll visit the ancient Greek town Chersonesos Tavrichesky, listed by UNESCO among the 100 most outstanding monuments of world culture. 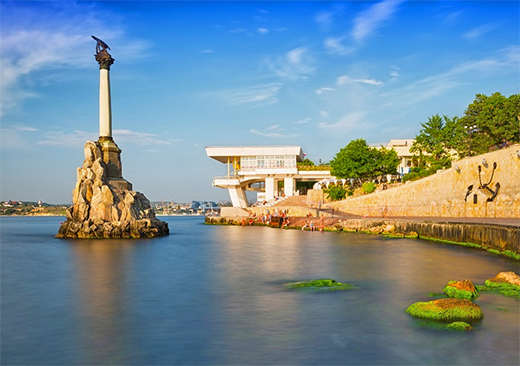 After lunch in one of the local restaurants, we will go to the Historical Boulevard, where we will see the famous panorama "The Siege of Sevastopol" that perpetuated the heroism of Sevastopol's defenders during the Crimean War.

We'll finish the day with a stop at one of the fabulous places of the Crimea - Cape Fiolent. It was formed about 160 million years ago, after a powerful volcanic eruption. The bizarre shapes of the frozen lava make the landscape of the area a truly unique natural creation. 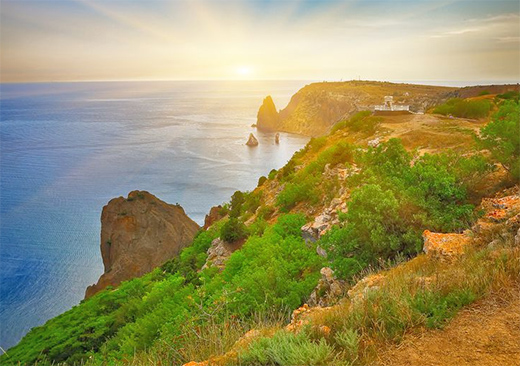 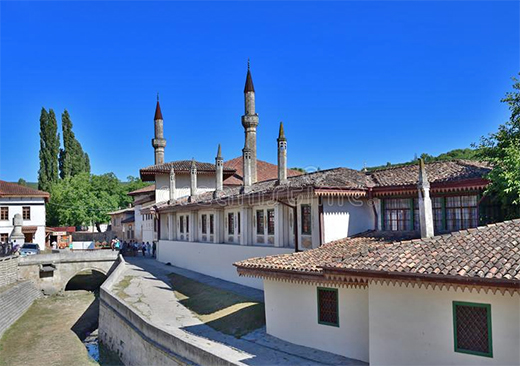 Bakhchisaray
Khan's Palace is an outstanding attraction of the Crimean Peninsula. Surrounded by beautiful gardens, the palace gave its name to the city - Bakhchisarai, which means "garden palace". Established in the 16th century it became home to a succession of Crimean Khans.  The walled enclosure contains a mosque, a harem, a cemetery, living quarters, and gardens. 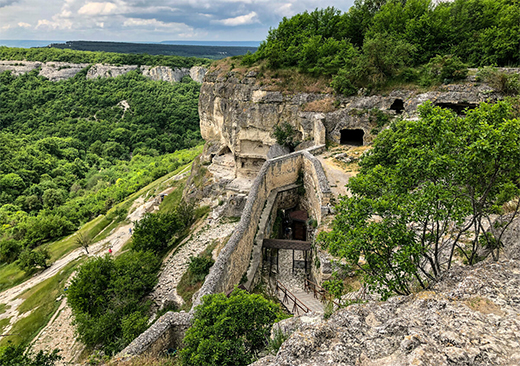 Chufut-Kale
Bakhchisaray is home to a very unusual cave town of  Chufut-Kale. Walking through the remains of the medieval city-fortress, we’ll learn about people, inhabiting the Crimea in the 6th-14th centuries, and talk about a very interesting mix of cultures: pagan, Muslim, Jewish.

During the tour, you will find yourself in a Tatar house-museum,  see how the Crimean Tatars used to live, and also enjoy the coffee ceremony.

Option 1. The Valley of Ghosts. (A trip to the mountains with 4-hour hiking)

For those who want to hide from tourist groups and relax in the environment of the purest mountain air and pristine nature, we offer to add another day of excursions. 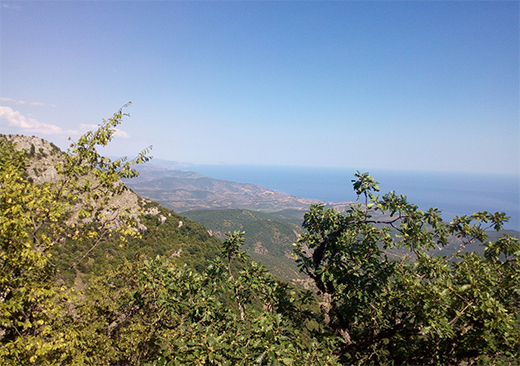 Crimean mountains
You will find yourself on the eastern slope of Mount Demerdzhi, where the picturesque Dzhurla waterfall flows, walk through the relict beech forest, and climb to the natural panoramic platforms, admiring the mountain and sea landscapes of the Crimea. 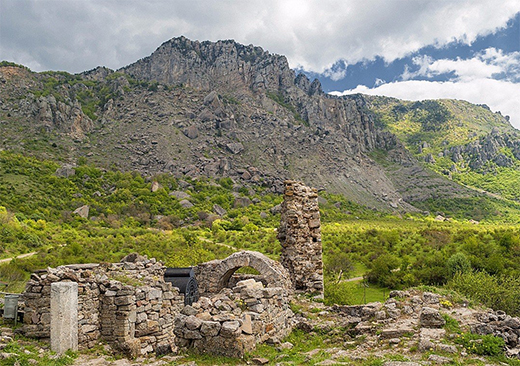 Funa Fortress
We will visit the Funa Fortress, built during the Byzantine Empire to protect trade routes, see the oddly shaped rocks of the Valley of Ghosts, climb the head of Catherine the Great, a naturally eroded rock, so-called because of its resemblance to the Russian Empress, take a look at the panorama of the Alushta valley with mountains, relict forests, and the sea. After that, you will have a picnic in nature.

Tour duration: around 7 hours
Tour cost: 5600 rubs per person in a party of 4 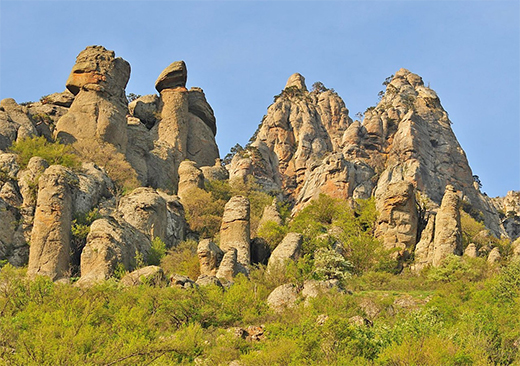 The Valley of Ghosts
Top Moscow and Russia tours