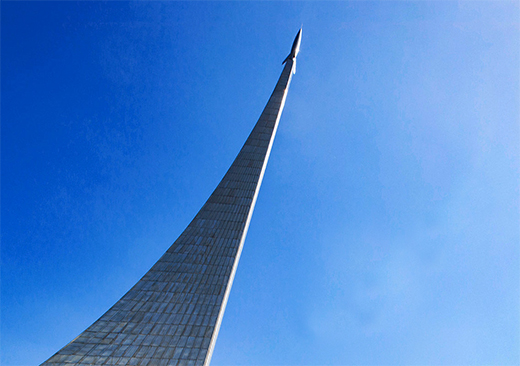 The various displays trace the history of space exploration: the first satellite – Sputnik - launched in 1957; the first dogs in space; the first human flights; and the first spacewalk. Other original exhibits include the spacesuit of Alexei Leonov, in which he walked in space; space dogs Belka and Strelka (preserved by taxidermy); a Soyuz spacecraft descent module; the outfit and ejection seat of pilot Igor Volkov; a 'flying chair' designed for cosmonauts moving in outer space; and the military uniform and leather coat of Sergey Korolev.

Yury Gagarin and Descent capsule of Vostok spasecraft
During the tour, you'll be able to see the interior of the core module of the Mir space station and peep into a Soyuz spacecraft. It's weird to discover how small the living rooms in a spacecraft are, and how zero-gravity influences life in outer space. Many pictures, models, and interactive exhibits tell you the story of the exploration of the Moon, Venus, and Mars.

Before its renovation, the museum focused almost exclusively on the Soviet space program with significant themes like Gagarin and Sergey Korolyov, and Sputnik and Soyuz. After recent reconstruction, it has added new sections dedicated to space programs worldwide, including the USA, Europe, China, and the ISS. The museum now features several video presentations and original interactive exhibits. According to the Russian tourist board, the museum's collection holds approximately 85,000 different items.

If you're interested in space and cosmonauts, we'd highly recommend a visit to the Space museum during your Moscow tour.

The museum is located on Prospect Mira 111 right next to VDNKh metro station. We recommend you to combine the museum tour with the walk around picturesque VDBKh park. Not far from the museum is the house-museum of Sergei Korolev, which is also a must-see for everyone interested in space exploration

The tour of the museum lasts 1,5 – 2 hours. The Space museum is a must-see Moscow highlight, and we included the visit to our Moscow in 4-5 day itinerary. We'll also be happy to add it to your other tours. Thus you can easily visit the Space museum on the 3d day of  Moscow 3 day tour as it is located right on your way to Sergiev Posad. 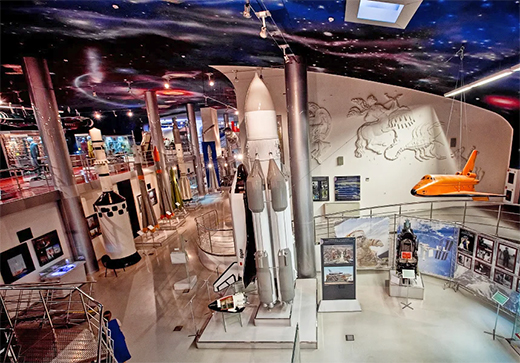