Metro is the cheapest and fastest transport in Moscow. It is easy to navigate, and we highly recommend using it while in Moscow. After the World Cup 2018, it has become much friendlier to foreign guests. Moscow metro is open from 5.30 am to 1 am daily. 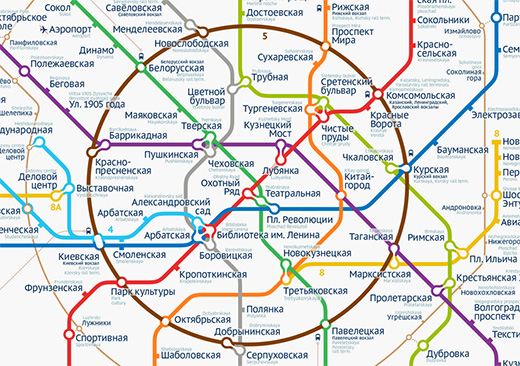 You may find the official map of the metro here or consult the Yandex metro route planner in English. You may download it so that it could be available offline. You may also use Moscow metro app, which also has a route planner, and allows you to top up a Troika card.

Moscow Metro has no zones, you pay only once to get inside the metro. There are several types of tickets. 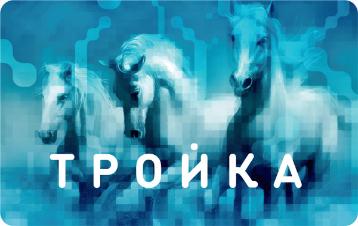 Troika card is a universal data storage device that can record any kind of ticket from the valid list of ticketing options or be used to pay for a ride on the Moscow metro with the "Wallet ticket". The card itself costs 50 rubles (this amount is refunded in cash once you return the card to the ticket office). One Metro ride using this card will cost 40 rubs. You need to top up the balance in order to use it (the maximum amount is 3000 rub). The money is stored on the card for 5 years since the last replenishment.

The card can be also used to pay for the rides in the public transport of Moscow, in suburban trains, "Aeroexpress" trains, or to pay the entrance to the Moscow Zoo, Planetarium, and Tretyakov gallery.

You may also use this card to get unlimited 1-day or 3-day passes. The cost per day is roughly equal to 6 single rides. 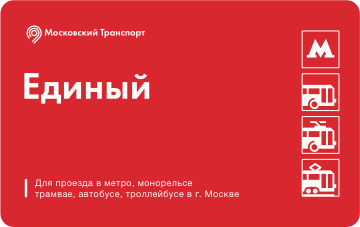 United card allows you to make trips to the subway, monorail, bus, trolleybus, or tram. One trip on the ticket is equal to one pass on any type of transport. The ticket is valid throughout Moscow. The ticket for one ride costs 57 rubs., the ticket for two rides costs 114 rubs. The validity period of the “Single” ticket for 1-2 trips is 5 days, including the day of sale.

You can also use Apple Pay and Samsung Pay. Some of the turnstiles have a sign indicating that you can pay by a card or using a smartphone. 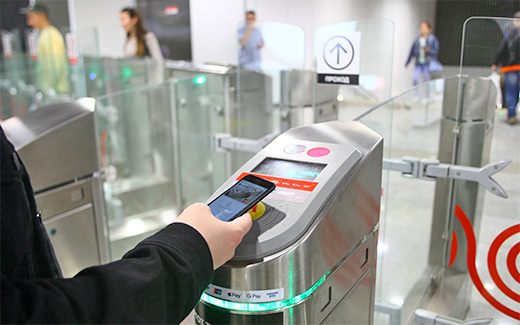 How to ride the Moscow metro

Moscow Metro is easy to navigate. Most signs are in Russian and English. Below you can find some tips on how to find your way easily.

It's easy to recognize the metro entrance in Moscow. It's marked with the Latin letter M. 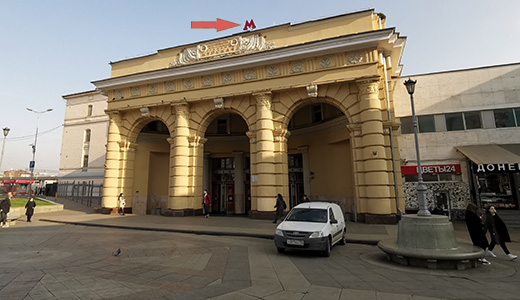 How to find the name of the station? Most of the metro pavillions have metro names engraved but these names are all in Russian. However, nowadays you can also find some additional signs that mark the name or names of the station in both Russian and English. Thus, this sign on the doorways indicates that here you can enter Kurskaya station, lines number 3, 5, and D2, and Chkalovskaya station. 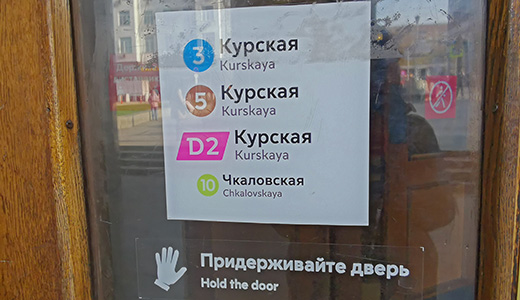 While inside you can easily find a ticket office. It is called 'КАССА" in Russian. 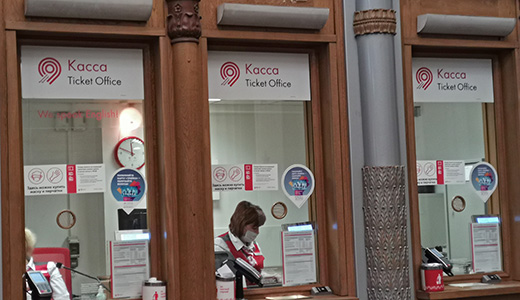 You can also find a vending machine that also operates in English. 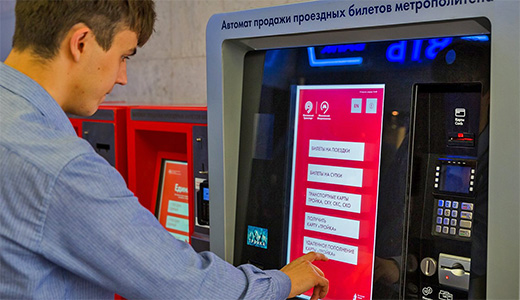 You may also pay the fare by a bank card or using a smartphone via turnstile terminals installed at all stations of the Moscow metro.

3. Go through the turnstile.

In the Moscow metro, you always need to go through turnstiles. You need your card/tickets only to enter the metro, but you won't need them to exit.
Put your card on the card reader and you will see the light change from red to green. It means you can go through. The screen will also show the balance on your card.

One metro entrance might lead to different lines. When several lines intersect the stations might have the same names. The lines in the Moscow metro are marked by different colors and numbers. You need to know your route in advance and follow the signs. 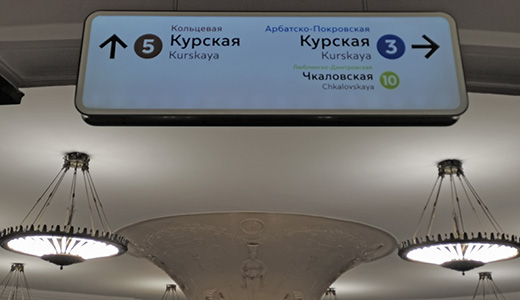 As soon as you get down to the station, you'll find signs in the middle of the hall indicating which track to choose. These signs do not tell you the station you are, but you can easily find the way to go. Thus, suppose you are standing in the middle of Dobryninskaya station (brown line).

While waiting for the train, you can also find the sign on the wall. It shows the name of the station (Dobryninskaya, on the right). All stations are listed so that you can double-check if you are on the right way.

While waiting for the train you can check the current time. You can also see how many seconds ago the previous train left. Trains arrive every 1-2 minutes so there's no need to rush.

These days they always make announcements in Russian and English so it makes it much easier to follow your route. Some of the trains also have electronic screens showing you the next stops.  The train's location is marked in red.

However, it might still be useful to count the number of stops as some older trains do not have such interactive train routes.

If you need to switch the line you'll need to walk up the stairs or take the escalator. The signs always help you to find your way. 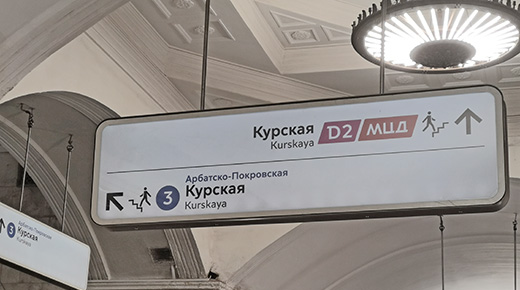 Be careful when you need to connect to Moscow Central Circle (Line 14). Unlike other lines, it is not always connected to the subway. In some cases you might have to exit the metro, walk outside and re-enter.

Some of the stations might have several exits. Consult the sign which way is more convenient for you. 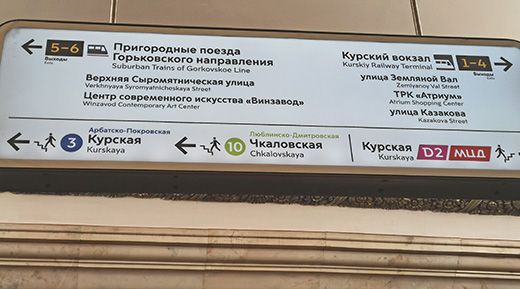 Moscow's metro is safe and clean! It's a unique architectural ensemble and the stations are stunning. Do not miss the opportunity to explore Moscow's metro during your Moscow tour.
Your Moscow tour guide will be happy to show you the most beautiful metro stations.