Panoramic platform on the Empire tower

We invite you to take part in an unforgettable adventure and see Moscow bird's-eye view from the top of the Empire tower. 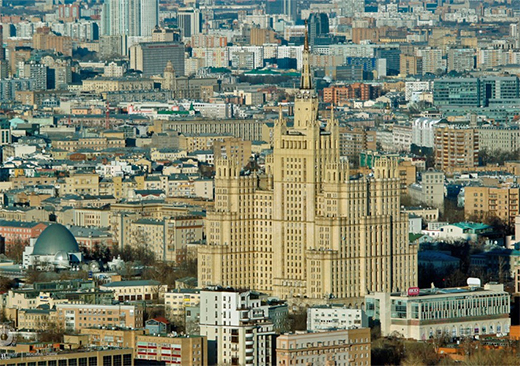 Moscow-City is complex of modern high rise buildings located just 4 km from the Kremlin. Like other famous world analogues such as Burj Khalifa, Empire State Building, Taipei 101 and Rockefeller center the new Moscow business center offers a tour to the top of one of its towers.

The tour starts in the lobby of the Empire tower. After you take a look at a model of the Moscow-City complex a high-speed lift (7 meters per second) will take you to the 58th floor to take in a fantastic panoramicс view of the metropolis. You will see major Moscow attractions such as the Academy of Sciences, Moscow State University, Christ the Savior Cathedral, the White House, Ostankino TV Tower and many others. The Empire tower faces the North and as a result you can enjoy beautiful sunsets from  its top. During the tour you will learn about the history of the   Moscow-City complex and the engineering secrets of high-rise construction. 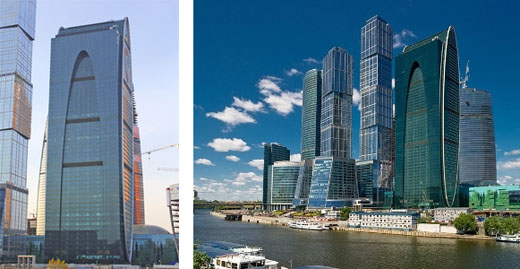 On week days the tour starts every hour from 6 pm till 11 pm and on the week end from 11 am to 11 pm. Please note that the visit to the Empire tower has to be booked in advance. You will be accompanied by a loca guide and out Moscow tour guides will be happy to translate.
Top Moscow and Russia tours