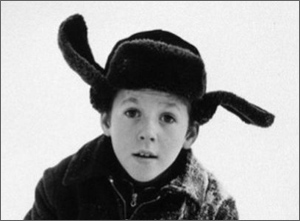 Ushanka or shapka ushanka is a traditional Russian fur hat. It has ear flaps that might be tied at the chin to protect ears and neck from the cold or fixed at the back of the head. It is known in the west as simply ‘shapka” (which actually means “hat’ in Russian) and its name ‘ushanka’ derives from the Russian word ushi  (“ears”).

The hat is usually made of sheepskin, rabbit or muskrat fur. It might also be made of artificial fur. In fact hats with ear protection were known in Russia and some other countries for centuries. But modern type of ushanka was developed in Russia in the 20th century. A hat very similar to modern ushanka appeared in 1918-1919 during the Civil War in Russia. It was introduced by Admiral Alexander Kolchak who ruled in Siberia and was the White Army commander as the army uniform. White Army lost the war but the hat was later widely used in the Soviet Union. Since 1940 the cap with earflaps became the uniform in the army and police. Shapka ushankas were also popular among Soviet leaders. Thus in 1960s-1970s Leonid Brezhnev started to wear reindeer-fawn hat and soon all members of the Soviet Government appeared in the same hats. Later Brezhnev also introduced the fashion of mink fur caps.

Today shapka ushanka is still popular, you can find numerous designer ushanka hats popular by both men and women. Your Moscow guide can help you to find a Russian fur hat. A cheaper hat made of artificial fur can be found anywhere in the central Moscow but  good quality hats are usually sold in fur shops. 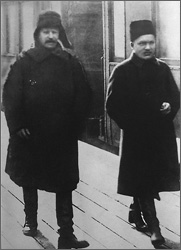 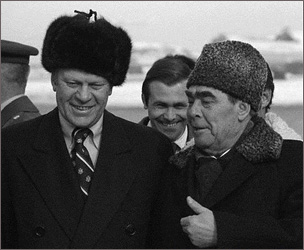 Brezhnev (on the right) wearing ushanka 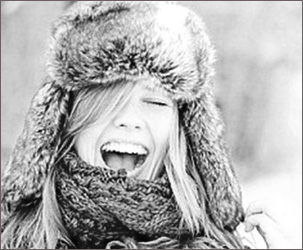