Veliky Novgorod, one of the most ancient cities of Russia, is located 200km from St Petersburg and can be reached by railway.
Throughout many centuries, Novgorod was a political center of vast territories stretching up from Baltic lands to the Urals Mountains. For a long time Veliky Novgorod had been the largest center of culture in Russia, where chronicles, books, hagiographies, deductive literature were created. Many outstanding monuments of medieval architecture and painting including old churches and cathedrals have been preserved in the city. It is a  beautiful city for the history buffs to explore as a day trip or over the weekend. 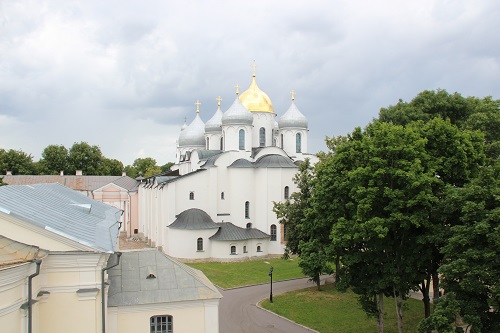 book
We invite you to have a day trip to ancient Rus, one of the oldest towns of Russia where for the first time in the history the democracy was introduced.read more
Top Moscow and Russia tours