Nizhniy Novgorod is  one of the largest city of Russia which has been known since the 13th century. The city impresses with the mighy brick walls of the Kremlin overlooking the confluence of two rivers, the Volga and the Oka. Historically the city lies on the important  trading route which  brought merchants from China, India, Persia to trade and make business during the Fair months. In Soviet times the city was named after the prominent proletariat writer Maksim Gorky and for many years it was closed for foreigners.  It became an exile place for a dessident physicist and Nobel Peace Prize laureate Andrey Sakharov. After the collapse of the Soviet Union the historic name was brought back and  the city started to be visited by foreigners travelling along the Trans-Siberian route.

Nizhniy Novgorod can be included your Trans-Siberian journey as  a stop for a day or a few hours which should be enough to grasp the laid-back ambience of the Volga city. It might be  also a great destination for a day or weekend trip from Moscow from where it can be reached by a high-speed Strizh train or a night train.
Please see some draft tours which might be customized.
Nizhny Novgorod in one day 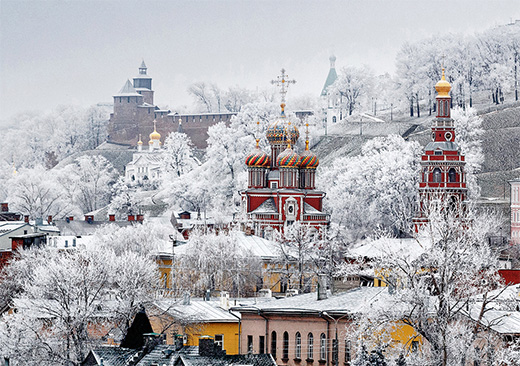 This tour is a good introduction to the city which might be great for business people, Trans-siberian travellers or day/weekend visitors.read more 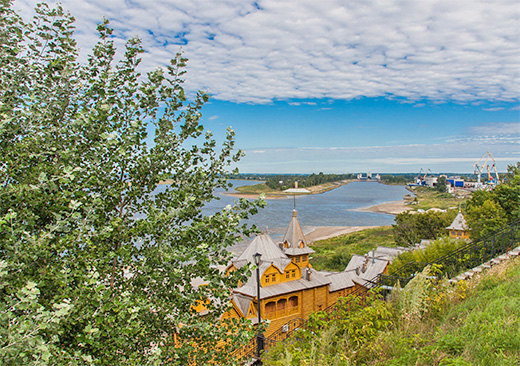 We invite you to visit a picturesque town of Gorodets, which is the oldest city in the Nizhny Novgorod region. Gorodets is famous today as the center of local crafts and the museum capital of the region. You may find museums of samovars, gingerbread, children's, the City of Masters and many others. read more