This magnificent park in the north of Moscow features more than 250 Soviet-era palaces and pavilions, arches and fountains, a Vostok rocket, and Soviet aircraft. The Soviet name VDNKh is an acronym meaning "the Exhibition of the  Achievements of the National Economy". 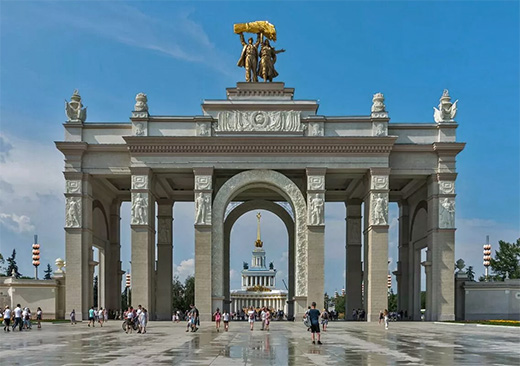 VDNKh park, The entrance gates
The area of this complex is greater than that of the Principality of Monaco; it is like a fantastic town with its own avenues, squares, and gardens.

The park was built during Stalin's time.  Construction started in the 1930s, and in 1954 the exhibition complex acquired the architectural works we see today. Created to be a showcase for the achievements of the Soviet empire, VDNKh had pavilions dedicated to a particular industry or a field (engineering, space, atomic energy, the people's education, Soviet culture, and many others). There are also pavilions representing the various Soviet Republics, with each boasting a unique architectural design. Walking around the people's friendship fountain, visitors could have an imaginary trip around the whole Soviet Empire. One of the most beautiful pavilions is that belonging to Uzbekistan, distinguished by the airy elegance of its eastern architecture.

Seven things to do in VDNKh park

1. Admire the fountains. Don't miss "Friendship of Peoples" with sculptures of 16 girls in national costumes, "Stone Flower," based on the tales of Pavel Bazhov, and also "Golden Ear," located near the Upper Pond. 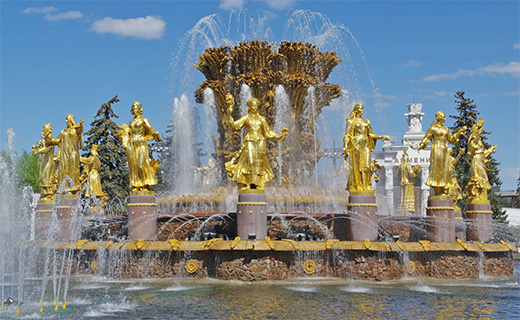 VDNKh park, Friendship of Peoples fountain
2. Ride a bicycle and go beyond the area of VDNKH theme park to find peaceful corners of the Ostankino estate and Botanic gardens.
You may find dozens of bike rentals offering four-seater cyclecars, bicycles with a child seat as well as kick scooters. 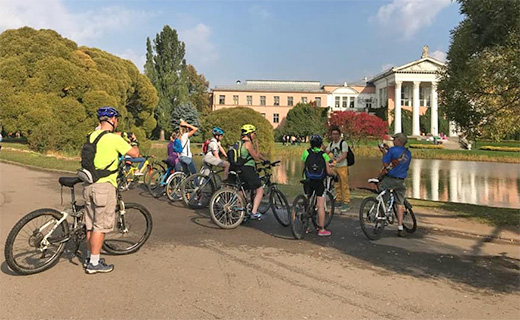 riding a bike in VDNKh area
3. If you come in winter, VDNKh park will be a great place to skate. The biggest skating rink in Moscow is right next to the Central Pavilion. 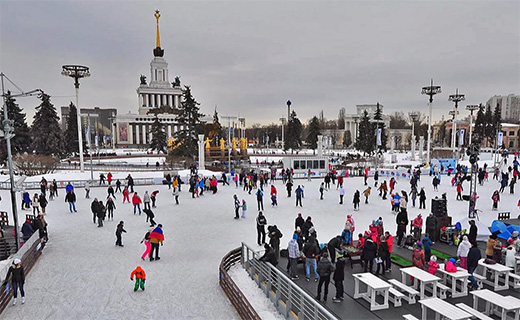 VDNKh skating rink
4. Learn more about Space. Space pavilion is an interesting iterative museum with many digital displays and rocket and capsules replicas. You may watch several space shows and go inside the model of the MIR space station. Besides, you may go inside the Buran interactive museum to learn about its creation and even make a virtual landing on Baikonur. 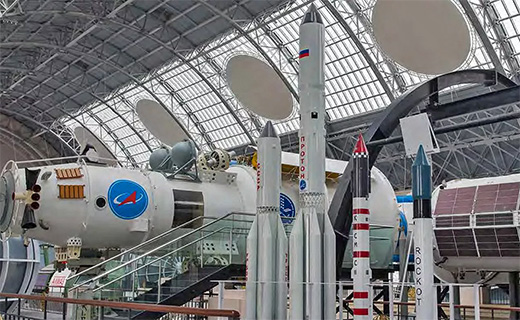 Space pavillion in VDNKh
5. Take a look at miniature Moscow. You'll have a chance to find 6.5 thousand tiny buildings, streets, and squares of Moscow - at a scale of 1: 400. The best time to visit is when they switch on light and music show. 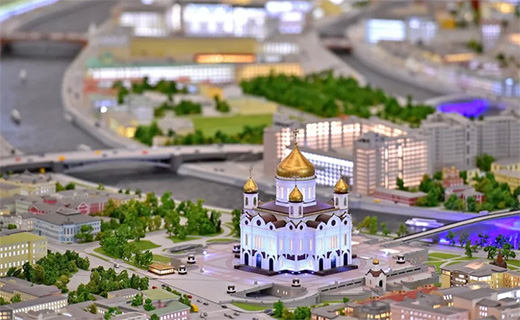 Miniature Moscow in VDNKh
6. Take a look at the iconic statue of a Worker and Collective farm girl. The sculpture is truly an incredible work of art designed by Vera Mukhina for the 1937 World Fair in Paris. 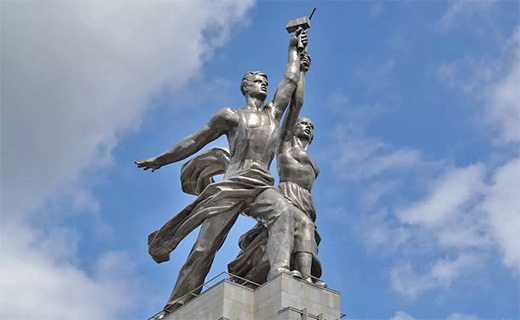 Worker and Collective farm girl
7. Try traditional Soviet food in numerous pavilions and restaurants. Among the cafés and restaurants are Moskovskoe Nebo, Ottepel, and Varenichnaya. 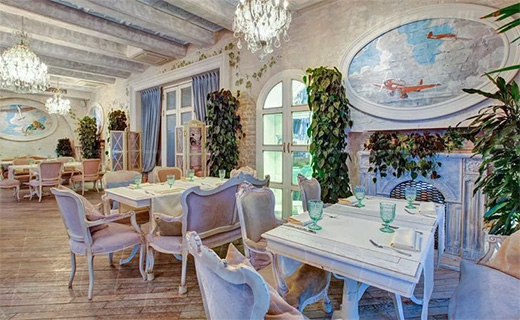 The guided tour of VDNKh park lasts 1 - 2 hours but you can easily spend here the whole day. If you stay in Moscow for at least a few days, we'll highly recommend including VDNKh in your Moscow tour itinerary. You'll see this attraction during our Moscow in a 4-5-day tour.

The park is very close to such attractions as the Memorial Museum of Space Exploration, Ostankino TV tower, Sergei Korolev House museum. It might be a good idea to plan a theme tour focussing on Soviet history, architecture, and exploration of Space. You'll drive past the park on your way to Sergiev Posad and we can also have a stop to see it on your last day of Moscow in 3-day tour.