This March the Moscow Museum of Cosmonautics invited the visitors of all age to attend the extraordinary exhibition called “Abyss underfoot” dedicated to one of the most important events in Russian cosmonautics. Fifty years ago Soviet cosmonaut Alexey Leonov became the first human to conduct extra-vehicular activity. That means that he got outside the spaceship and made a spacewalk (that really looked more like a swimming) that lasted 12 minutes and 9 seconds. 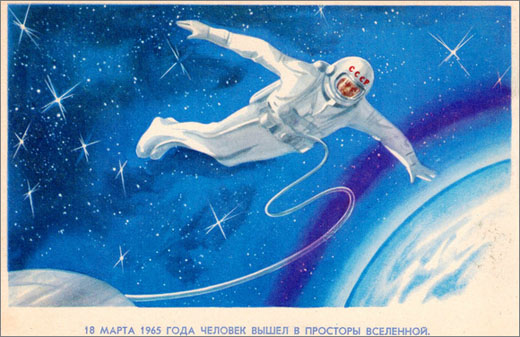 If you have free time to visit this exhibition don't miss the most interesting items that keep a memory of this historic event. First of all, you should see the model of equipment for moving in weightlessness including space suit “Orlan” and the model of welder that helped to make some special kinds of work like welding or metal cutting in the open space. The unique documents telling some curious facts about the process of training of Soviet cosmonauts are also of great interest. Such exhibits as foot fixation device that enabled cosmonauts to move and work without any support or, for example, space gloves of cosmonaut Artemyev that accompanied him twice during his flights will give you an idea about the great challenge that took the first Russian space explorers. Moscow tour guides wish you to have a really good time!