Shchukin. Biography of a Collection.

Sergey Shchukin is a pre-revolutionary Russian entrepreneur who has gathered a truly unique collection of impressionists and post-impressionists. Usually, the components of his collection are split between the Pushkin Fine Arts Museum in Moscow and the Hermitage Museum in St. Petersburg, but this summer for the first time since 1948 the collection was reunited in Moscow.

"Dance" by Henri Matisse. 1910
The exhibition recreates the dramatic story of the Shchukin merchant family, its unprecedented power and extinction after the 1917 revolution. The history of the Shchukins family is  told with the help of the greatest masterpieces of art: impressionist and modernist canvases, unique works of oriental art, paintings by old masters and pieces of French furniture of the 18th century. 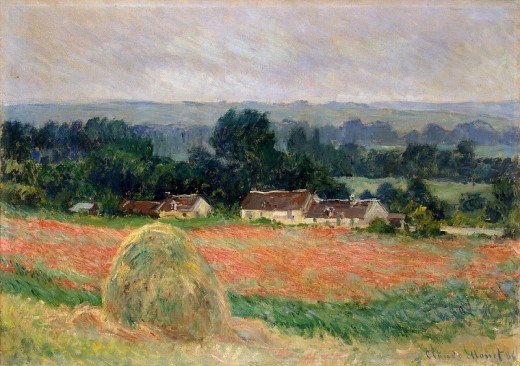 "Haystack at Giverny" by Claude Monet. 1886
The exposition allows the visitor to plunge into the life of Paris, Moscow and Berlin of the beginning of the 20th century, rich in artistic events, the active participants of which were the Shchukins brothers. Most of the exhibits were collected by Sergei Ivanovich Shchukin and are presented in 11 rooms of the museum. The exhibition includes masterpieces of Claude Monet, Pierre Auguste Renoir, Paul Cezanne, Paul Gauguin, Henri Matisse, Pablo Picasso and other masters.

To avoid lines, it is better to purchase tickets in advance: