The Exhibition “The East. Another beauty” takes you on a unique journey into the history of the Eastern peoples. The exhibition is dedicated to women in traditional culture, their role and understanding of the female beauty in general. At first glance, the question of what is beautiful is quite simple. However, if you go deeper, it becomes obvious that each country has its own canons of beauty, which in different parts of the world and in different historical epochs can be diametrically opposed. 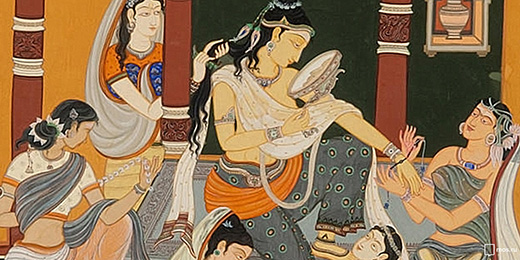 The exhibition affects not only the female appearance, costume, jewelry, but also small pieces of women's life, the special world that has traditionally been a mystery for men. It remains a secret until nowadays, and, in the East, it is more obvious than anywhere else.