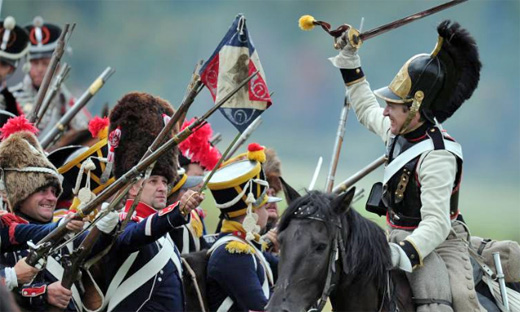 The Re-enactment of the Borodino battle will be held on September 2 at 16.30 . The performance will be accompanied by music performed by Orchestras and choruses from all over the world. At the end of the day the famous overture "1812" by Piotr Ilitch Tchaikovsky will be played.

The grandiose show involves hussars, dragoons, grenadiers, cuirassiers, cossacks, infantrymen, artillerymen.  The total number of participants may reach three thousand people from military history clubs, including 700 re-enactors  from France, Poland, Scotland, Belgium and other countries. The show will  involve 300 horses and 30 artillery pieces. The battle will be finished with the parade.

The State Borodino museum is located 120 km (70 miles) west of Moscow. The organizer of the event urged everyone not to use private transport to attend this celebration. There'll be many buses and trains organized for everyone willing to visit the festival. You can take a train from the Belaruusky train station to Mozhaisk or Borodino station. You'll see many free buses waiting for you on both Borodino or Mozhaisk train station that'll deliver you to the site of the festival.