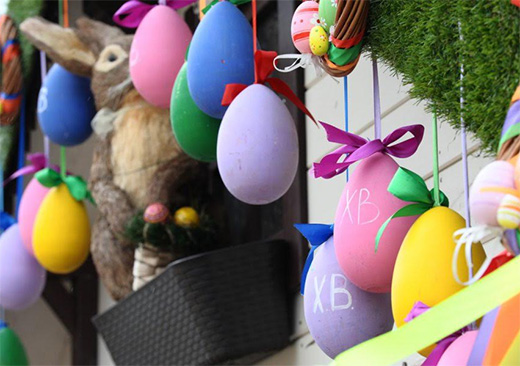 This year decorations will consist of designer lace eggs up to 7 meters high, LED hens and artificial trees with peculiar fruits. Celebrations will unfold on 24 locations, including most popular sights among Muscovites and tourists. Thus, Pushkinskaya square will turn into real bell manufacturing studio and Stoleshnikov lane will be filled with sounds of classical pieces, performed by members of the the Moscow State Conservatory. Visitors and passers-by may enjoy various workshops, from painting Easter eggs to pottery classes and postcards making, and plunge into retro atmosphere, as Moscow buildings will be decorated with historical ‘facades’. 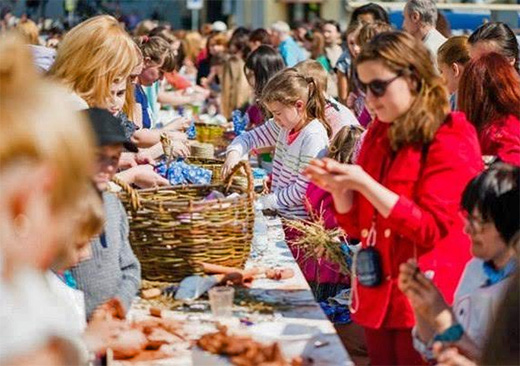 Do not forget to try delicious kulich cakes, which will be on sale all over the city.
As traditional church service is long enough, on Easter night (15-16 of April) Moscow subway will be working up to 2 am.