05.05.2013 – 16.05.2013
It has become a tradition to hold Easter Festival in Moscow after sumptuous religious celebrations of Orthodox Easter which falls on May, 5.This year one of the biggest Musical forums in Russia is dedicated to 70th anniversary of the battle at Kursk, one of the key battles in the Great Patriotic War. This year festival program is expected to unite 30 cities and towns of Russian and CIS countries, among which cities of that historic Kursk operation. 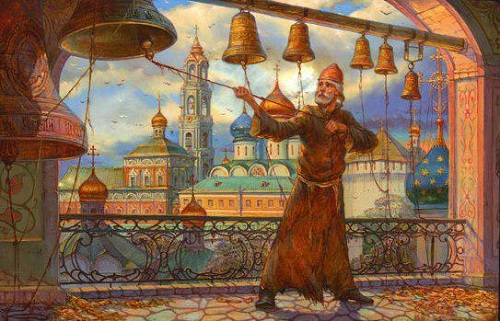 The festival opening will take place in the Big Hall of Moscow Conservatory on May, 5, where  Rimsky-Korsakov, Vagner and Messiaen music will be performed by the Mariinsky  Thatre Symphony Orchestra conducted by Valery Gergiev.
The festival will traditionally hold charity events, one of which is a concert in Moscow State University and a free concert given by the Mariinsky Theatre Symphony Orchestra on May 9 at Viktory park.
Once you happen to tour Moscow at this time, feel free to ask you Moscow tour guide for advice where to go.  Lovers of choral, chamber and symphony or bell music will find something to their  taste. Our Moscow tour guides will be happy to provide with more information about festival program and its main venues.