04.09.2015 – 13.12.2015
The Tretyakov Gallery hosts the exhibition devoted to Pavel Kuznetsov (1878-1976), a remarkable Russian artist whose works are closely associated with the Russian Symbolism. The exhibition under the symbolic title “Day Dreams” showcases his creative career and includes 115 paintings and 100 graphic works from the Tretyakov Gallery, the Russian Museum and the Saratov Art Museum.

Kuznetsov was the founder of the “Blue Rose” artistic movement. His early paintings explore  interior, imaginative world through archetypal symbols. 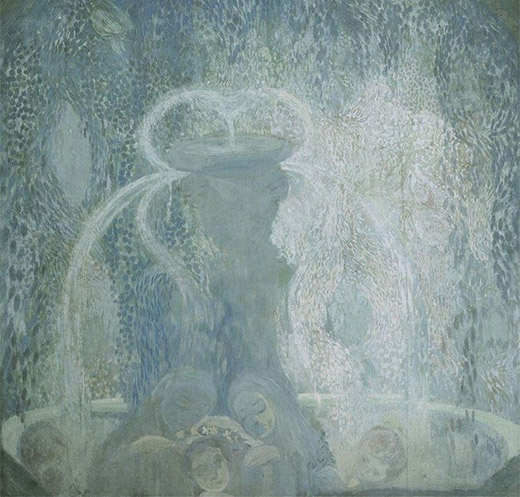 Blue Fountain, 1905
Kuznetsov spent several years in the East before the First World War, travelling first across the steppes of Kirghizia and then visiting Central Asia in 1912–1913. ‘The colouration of everything I saw there, so unfamiliar to us Russians, inspired me with new emotions and a new approach to painting, which sprang from the reality around me.” The paintings of this period glow with subtle tones and seem to be filled with tranquil light 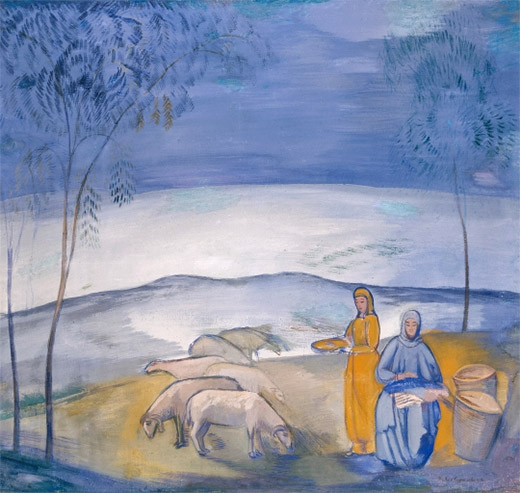 In Steppe, Mirage 1911
Many of the works are made in mixed media: the artist at the same time used oil, gouache, tempera, glue dyes.  While accepting many features of Gauguin’s or Matisse’s oriental style, Kuznetsov remained sensitive to other important artistic trends of the Russian avant-garde – the influence of the old iconographic tradition and a passion for different variants of Oriental art.

Gathering fruits Asian market, 1913-1914
The artworks, which you'll see at the exhibition illustrate the different periods of the artist’s life. They may seem strange and unusual, they may surprise, make you wonder. However the softness and beauty of the artist's creations will not leave you indifferent.