The beautiful summer estate Ostankino is hosting the annual music festival called "Sheremetev Seasons in Ostankino". The festival is held throughout the summer and welcomes all fans of early music. 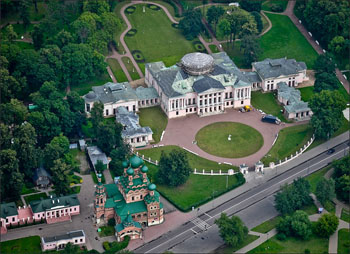 The palace was built by Count Nikolai Sheremetev as a site of entertainment for the nobility. The theater was opened in summer of 1795, amazing the guests with unprecedented stage effects. Its repertory had about a hundred of operas, ballets and comedies. Two hundred years later the theater is still open to the public. The Museum-Estate "Ostankino" is trying to recreate the atmosphere of the Sheremetev Theater. You'll often have the chance to listen to the same works as played for the noble guests of count Sheremetev.

During the season, the festival will feature several operas and ballets performed by the artists of the Bolshoi Theatre : opera-ballet by Jean-Philippe Rameau "Pygmalion, or Cupid's Surprise", "Dances of the Renaissance by Claudio Monteverdi" and "Baroque Music and Dance" ballet performances. Their choreography is reconstructed from the XVIII century by Natalia Kaidanovsky.

Artistic Agency "Hripin and K" will present a concert performance of opera buffa  by Pergolezi "Servant-Mistress" and the song "Night at the Opera", which includes works by Verdi and Donetsetti. Several chamber music ensembles will participate in the concert programs including "Moscow barogue", "Cantus firmus", "Orfarion", "Moscow Brass Quintet". 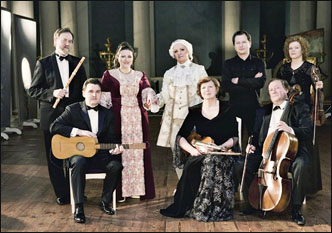 Count Nikolai Sheremetev was born on June 28, 1751. This year his birthday will be celebrated by a unique concert – the Mozart opera Zaide. In Russia, this work will be performed for the first time. It'll be put on stage by the well-known director Roman Viktyuk

The Festival "Sheremetev Seasons in Ostankino" will last until mid September. If you're  planning your Moscow tours in summer we invite you to the Ostankino estate.The sounds of the early music will give you a feeling that you're traveling back in time. The concerts will be held on Thursdays, Fridays, Saturdays and Sundays at 7pm.