Archstoyanie is the festival of contemporary art, architecture, music, media art which atrracts thousands of visitors from all over the world. The festival is held on July 25-27 in Nikola Lenivets, 180 km from Moscow. 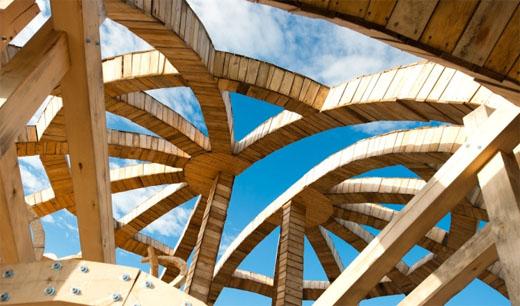 Untill recently Nikola-Lenivets was a sleepy Russian village but one artist changed the  destiny of the place. Nikolay Polissky turned the village into a land-art park, filled with most amazing and unusual objects. 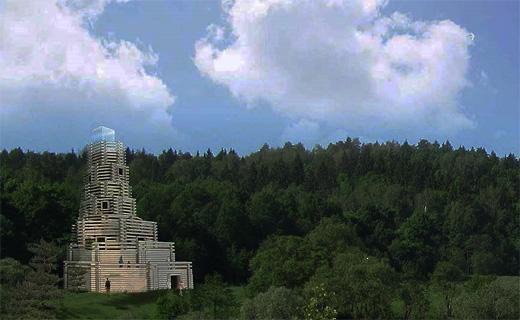 Artists and architects created new art objects to illustrate the theme of this year: "Here and Now".
You can also watch numerous performances. Thus a Japanese artist Sachiko Abe prepared a performance called "scissors and paper". She cuts sheets of paper which she has collected for years into subtle, less than a millimeter wide, infinitely long strips, which falls down and envelop the artist like a cloud or cobweb. Another performance by Mark Formanek is called "Lenivets clock". Every minute 40 workers  assemble clocks made of wooden logs which resemble electronic clock. The performance lasts 38 hours. The organisers  of the festival  prepared several sound installations at various sites of the park, a large three-hour "walking" tour-performance, video art program, lectures and a night disco in the "Tent of friends." 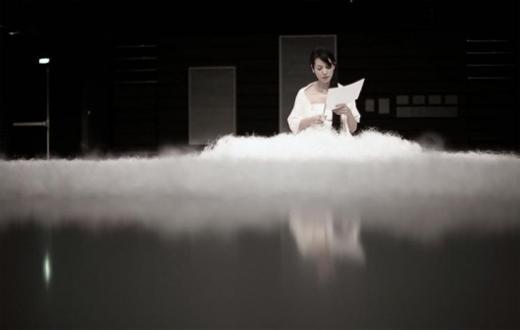 "Scissors and paper" by Sachiko Abe

You can see a more detailed info on the official website of .
If you wish to include Nikola Lenivets in your Moscow tour you can consult your Moscow guide