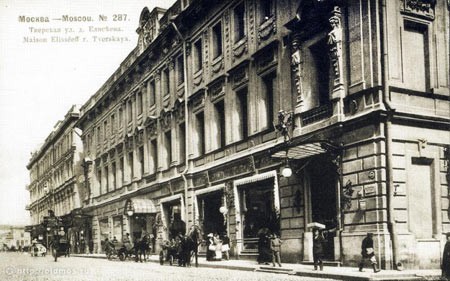 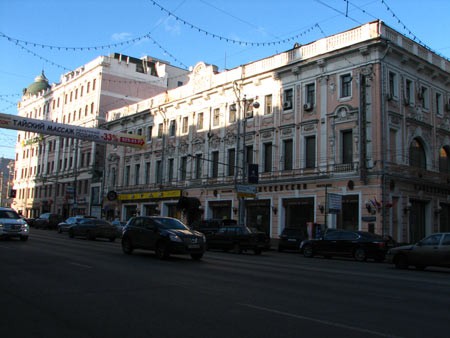 Eliseevsky grocery nowadays
Both in the old and new photo you can see Eliseevsky grocery store located on Tverskaya street. There is only one difference, a century which separates them. Not only the photo quality gives evidence of it but mostly the carriages and cars,the indicators of time. The store got the name of its founder, a tradesman Grigory Eliseev. He made his store famous for impeccable service, a wide range of goods and luxurious decor of the "palace of gluttony". In Soviet period of time it was nationalized and got know as "Gastronom №1" though preserving its original name by old residents. Fortunately, this store still exists. You can include it in your sightseeing tour with your Moscow tour guide.